Changes in numbers and distribution of wintering waterfowl in Sweden during forty years, 1967–2006

Regular midwinter counts of waterfowl (included in the International Midwinter Counts, IWC, organized by what is now Wetlands International) has been undertaken in Sweden since the start in 1967 and are still going on, now as a part of the National Environmental Monitoring Programme. After the first exploratory years including country-wide surveys in 1971–1973 undertaken both from the ground, the air and boats, the programme was standardized to cover an adequate sample of coastal and inland sites of south Sweden for the production of annual midwinter population indices for important species (areas further north in Sweden are normally ice-covered and without importance for waterbirds in winter). Further large scale surveys were undertaken in 1987–1989, 1993 and 2004 (country-wide survey). The programme did not cover the seaducks in offshore areas (later included in a special programme). The present contribution analyses the first 40 years of midwinter counts in Sweden, especially with the aim to elucidate changes in distribution and numbers of the different species during this time series. During the period there was a marked change in the winter weather and especially the ice situation in Sweden in January, being a factor of importance for the wintering waterbirds. During the years 1967–1987 there were five really hard ice-winters, whereas in the latter part of the period there was no really hard ice-winter. Comparisons between the country-wide surveys in 1971 and 2004 showed a marked increase from 172,000 to 627,000 individuals excluding the offshore species Clangula hyemalis and Melanitta spp. Anas platyrhynchos increased from 67,000 to 150,000, Aythya fuligula from 54,000 to 230,000 and Bucephala clangula from 19,000 to 75,000. Increases were also found in most of the other species. In addition, Anas penelope and Podiceps cristatus established new wintering traditions in south Sweden. Midwinter indices for nine out of ten species showed significantly increasing trends over the 40 years, no species decreasing. In Anas platyrhynchos and Aythya fuligula the indices showed fluctuations around a steady level, then a marked increase followed after the last cold winter, whereas species like Bucephala clangula and Mergus serrator showed increasing trends from the start of the counts. Fulica atra crashed markedly after one cold winter and remained for years on a low level before recovering but the overall trend was increasing. To a large extent the increases found are probably due to the milder winters in later years, which also led to changes in winter distribution within the country, also being reflected in the regional totals for different species. Part of the increases does also reflect genuine population increases as show by comparisons with IWC results from other countries. 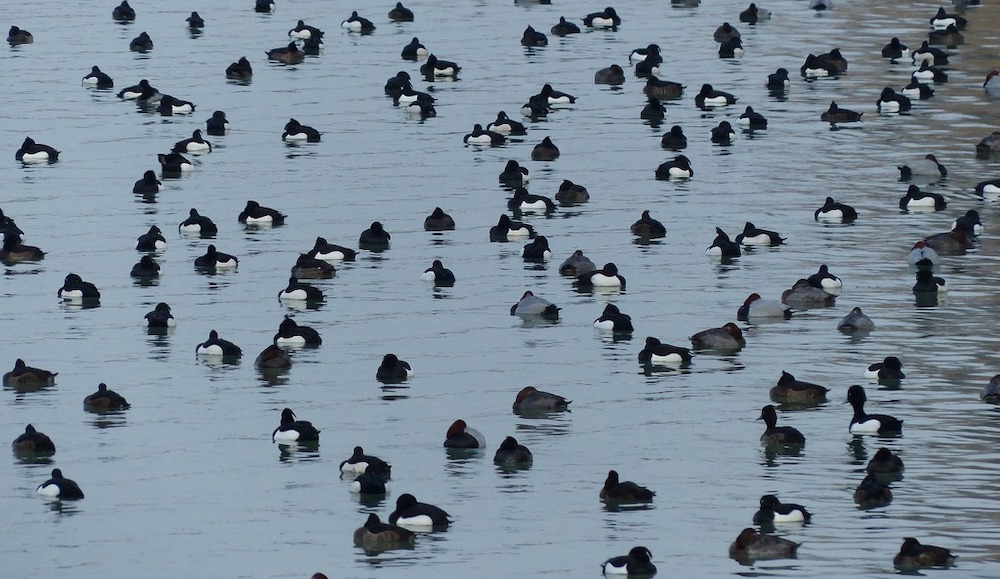