With its 25 confirmed breeding records between 2000 and 2015, the European Stonechat Saxicola rubicola is historically a rare bird in Sweden. The first breeding in the West Coast was found in 2014. Censuses performed in 2017 and 2018 revealed 28 and 30 breedings respectively. Out of 83 investigated territories, most were found in coastal heathlands in Halland. The arrival occurred in the turn of the months March/April and the majority of the males consisted of one year old birds (2cy). Fledgling date for 68 clutches were distributed from May to August. Second clutches were observed for ten out of 32 investigated breedings. The Swedish expansion should be seen in the context of Danish immigration in combination with a large-scale advance via the German Schleswig-Holstein area. The European Stonechat belongs to those range-expanding species that are expected to increase according to predictions of the future bird fauna. Due to warmer climate, plenty of appropriate habitats and high probability of reproduction, the conditions are good for a continued range expansion in southern Sweden. 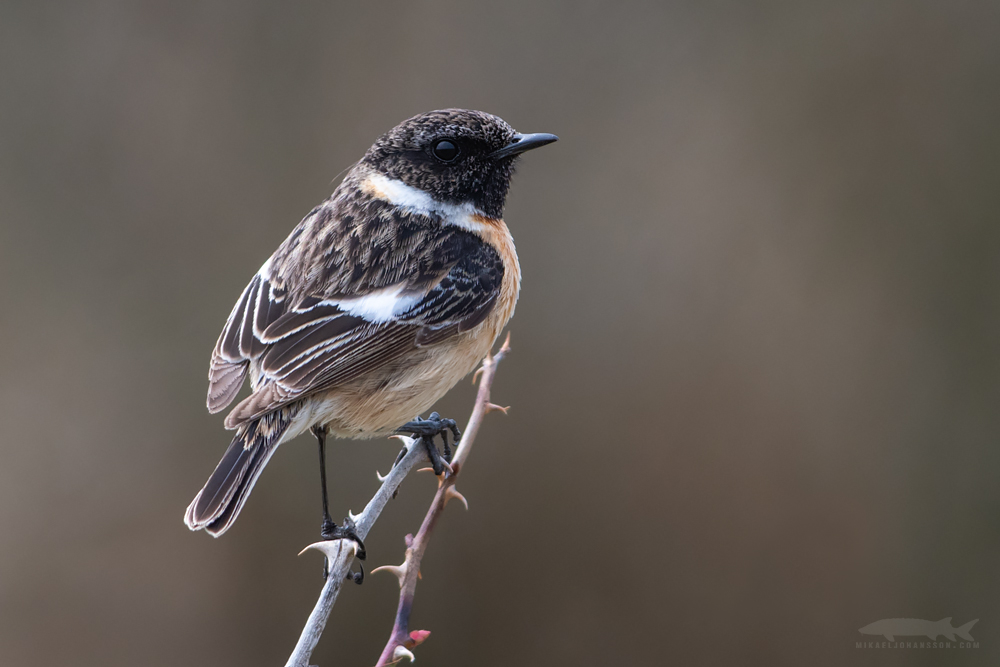