In western Europe, the European Stonechat Saxicola rubicola, occurs in two subspecies; rubicola, with a large distribution in Europe, and hibernans, mainly distributed on the British Isles. A small population of presumed hibernans birds breed in Norway. However, difficulties in distinguishing hibernans from rubicola at an individual level has led to speculation regarding the origin of the Norwegian birds. There are no clear genetic differences between the subspecies and their plumage appearance can be considered to overlap within parts of the range. To investigate this, I studied the plumage variation among males during the breeding season in the Scandinavian populations of European Stonechats in Sweden, Norway and Denmark. The study is based on photos of 404 males during the period March–May. The presence or absence of six typical hibernans characteristics were registered for each individual. The results show that males with both hibernans and rubicola characteristics occur during the spring in the Scandinavian populations. There was a clear over-representation of males with hibernans characteristics in Norway as compared to Sweden, and to a lower degree also to Denmark. If the expansion of rubicola progresses in Scandinavia, one could expect a larger proportion of rubicola-like males in the Norwegian population. 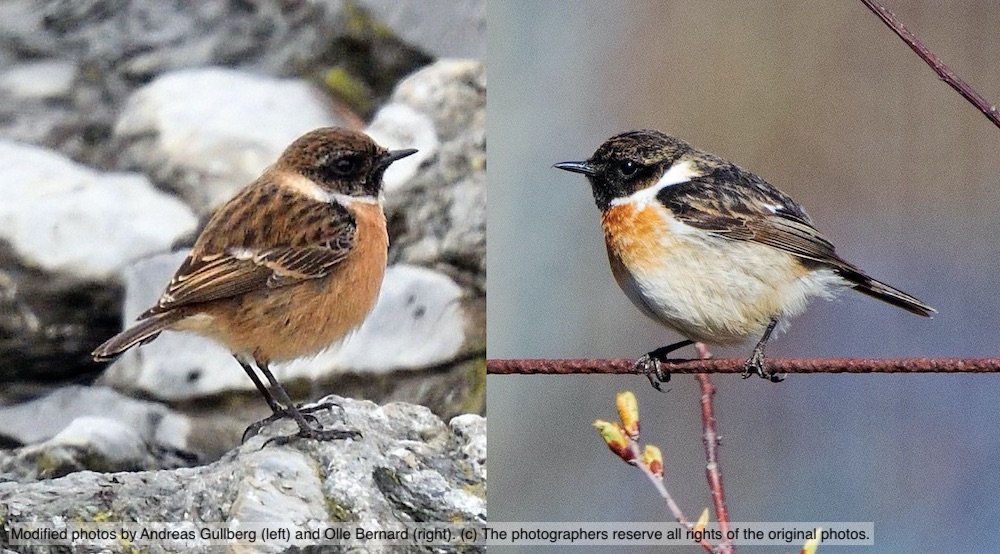