When the Sami noaidi Anders Poulsen was accused of sorcery and the misuse of God's holy name, he responded by demonstrating how he used the goavddis – the Sami drum. In the trial in front of the bailiff, magistrate, county commissioner, and other listeners, including his own children, Poulsen offered a prayer to God. According to Poulsen, symbols for the Trinity, for the church, and for the devil who rules in hell were drawn on the drum. On the drum, Poulsen had also figures representing those who rule over thunder and storms, with which he could communicate. There are signs for both the sun and the moon, which he could use to pray for fruitful weather or clear moonlight on winter nights. There is a wild reindeer, which can foretell hunting luck.[1] All this forms a common framework of understanding for Poulsen's business, which he defines as helping people in need. Why are Christian symbols so intricately mixed with natural elements and figures from everyday life?

The Sami way of understanding their surroundings has been through having a close relationship with them. You use nature, and you are dependent on natural resources. Everything one learns by using the body to get around in the landscape, to fish, hunt and gather, alone and together with others, constitutes knowledge about the world. It is epistemology that arises through relationships. Another word for this is animism – if one refers to animism as a way of conceiving the environment as consisting of active actors with intentions and will that affect people.[2] One can relate to the moon as a force, which "When worshiped gives clear moonshine and good weather at night for wandering people”.[3] When you get to know about Jesus and all the miracles associated with Christianity, it is a force you want to be in contact with. In a relational epistemology, it is about getting along with everything that has influence on oneself in everyday life.

We will never be able to determine when Christianity entered the consciousness of the Sami population in Varanger. But Anders Poulsen's confession in the courtroom in Vadsø on the 9 February 1692 is testimony to the fact that a Christian understanding was integrated into a Sami epistemology in Varanger by the 17th century. 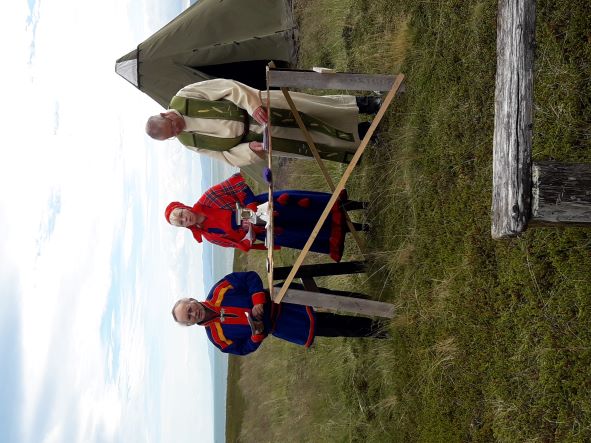