Numbers, distribution and food contents of seven common diving ducks (Clangula hyemalis, Melanitta fusca, Melanitta nigra, Aythya marila, Aythya fuligula, Bucephala clangula, Somateria mollissima) and Fulica atra were studied in the Gulf of Gdańsk during September–April, 1987/88–1996/97. The number of animal food taxa consumed was at least 23. The birds fed mainly on bivalves (79.4% of the food volume), and fish (7.1%), gastropods (6.7%) and crustaceans (5.0%) constituted the remaining significant prey. Mya arenaria, Cerastoderma glaucum and Hydrobia sp. were preferred, while Mytilus trossulus, dominating in the shallow parts of the gulf, was taken in lower proportions. Small ducks (Aythya, Clangula) selected bivalves of shell length 7–14 mm regardless of their different average size in zoobenthos. The two biggest ducks (Somateria mollissima and Melanitta fusca) selected the largest (above 30 mm) of the available Mya arenaria specimens. Birds consumed proportionally more bivalves in December and January than later in the season. Fish (mainly fish eggs) increased their share in spring. Diving ducks and Coot function generally as first to forth-order carnivores in the food web. As a consequence of their high numbers and long period of stay, annual biomass consumption is considerable: 25,000 tonnes, including 20,000 tonnes bivalves, 1,800 tonnes fish, 1,700 tonnes gastropods and 1,270 tonnes crustaceans. For bivalves this is ca 13 % of the total biomass in the Gulf. The strongest exploitation of bivalves takes place in December–February, when their proportion in the diet is highest and the birds are most numerous, and concerns the shallow water areas where ducks and coots concentrate. In such areas they can exert significant predatory pressure on preferred size classes of their most important prey. 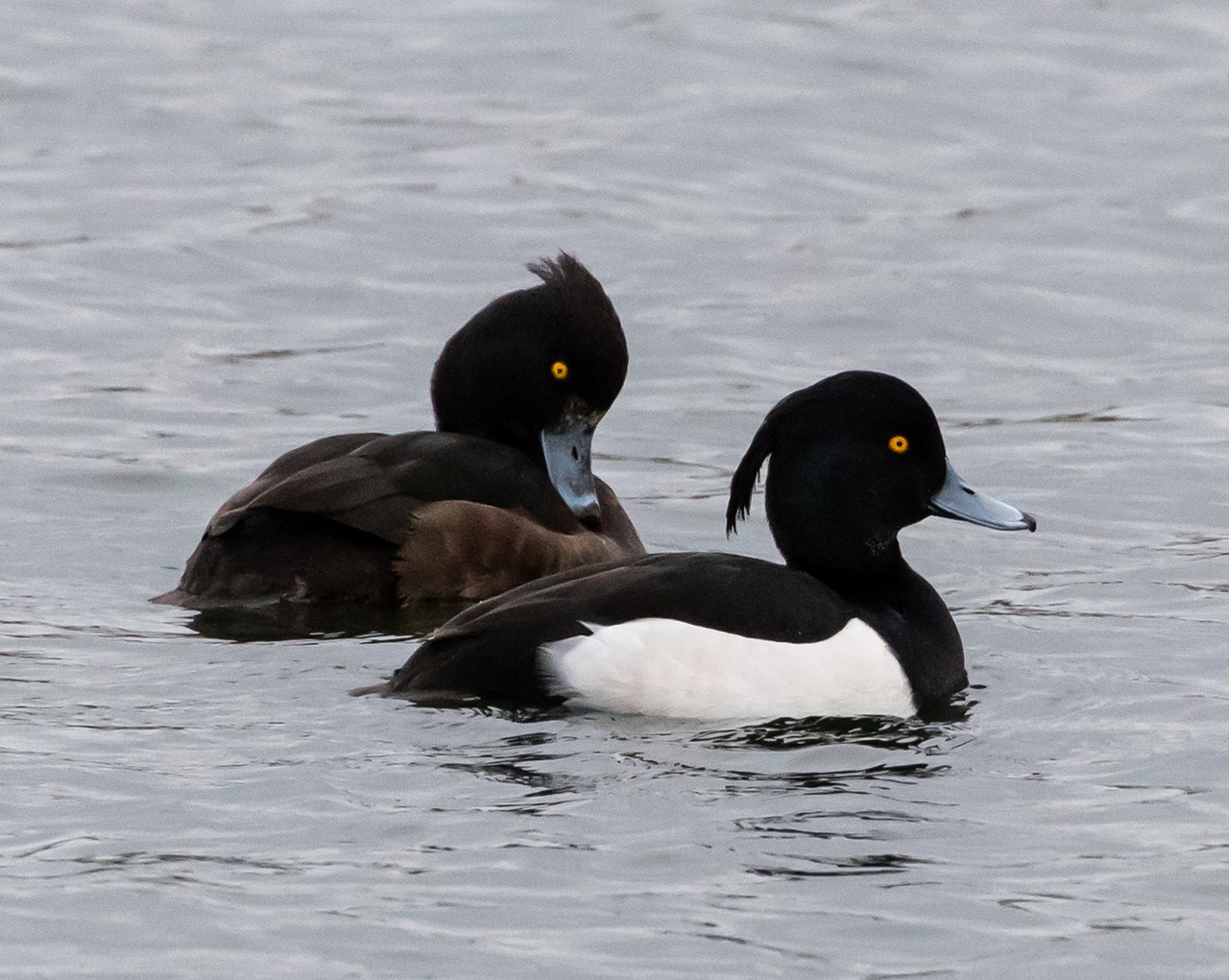