Between 1993 and 2000, breeding success of Great Crested Grebe Podiceps cristatus was monitored at two fishpond localities, Vrbje in central and Race in north-eastern Slovenia. During the study 50 and 23 nests with eggs were found, respectively. On average, 1.3 chicks per territorial pair survived until fledged in September. Between the two localities, there was no difference in number of fledged chicks per pair in September but a difference existed in number of hatched chicks per territorial pair (Mann-Whitney U test = 13.5; P<0.05). At both localities, the number of fledglings per nest was positively density-dependent. Young mortality was low, only 12%, in no year above 33%, and did not differ between the localities. Correlation between number of pairs and number of pairs known to have hatched chicks, and correlation between number of pairs and number of fledglings per pair in September varied between localities. In comparison with other studies nest losses were very low (4.3%, all predation, at Vrbje, and 18% by all causes, 4,0% by predation, at Race). 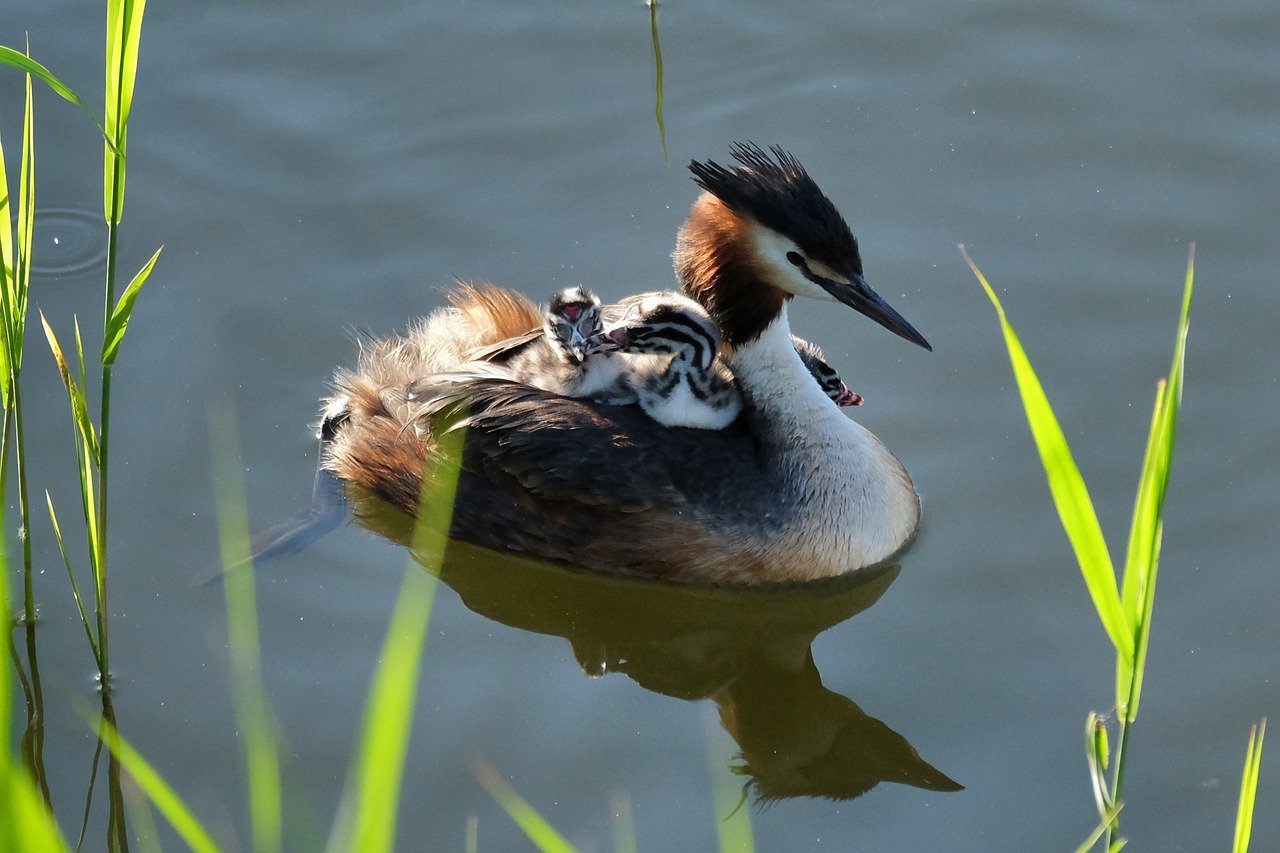