For most of human history, religious beliefs and practices have been fundamental to how people have understood and interacted with the world around them. Religion helped shape the rhythm of life, work, and social relationships, imbibing them with meaning. If historians wish to understand people in the past, it is of utmost importance that we understand their lived religious experiences. Religion is likewise a fundamental part of both tangible and intangible cultural heritage. Indeed, the aim of this current thematic issue, Lived Religion in Premodern Northern Europe, is to introduce the concept of lived religion as an analytical tool to a wider audience in the hope of seeing more studies of lived religiosity, especially of the premodern Nordic region.

In order to put this thematic issue into context, the development of lived religion as an analytical perspective is introduced and explored in this article. The historiography reveals that the concept originated in the attempt to come to grips with religious variation and move away from studies of the purely dogmatic and theological aspects of religion, as well as the dichotomies which arose from efforts to distinguish popular/elite religion. As a concept, lived religion was introduced by the 1990s as part of this effort, and first used by sociologists and anthropologists to understand contemporary religious expression. Gradually it has also been applied to understand historical contexts. In research published in English, it began to be widely used by the early 2000s, while in Nordic contexts it has mainly been Finnish researchers who have adopted and continued to develop the concept in studies about pre-modern religiosity in the past decade. This article discusses the different ways in which lived religion and its related concepts have been applied in research dealing with pre-modern religious experiences and with an especial focus on research in and about the Nordic countries.

In general, lived religion is seen as something that individuals do by adopting different customs and practices and using them in accordance with their own needs and priorities, not just something they believe. It can be expressed physically in an individual’s interactions with their material surroundings, as well as within social interactions and through language. Lived religion entails studying how people lived their religion, rather than about faith as an articulated internalization of theologically defined belief-systems. The focus is on religiosity anchored in bodily, intellectual, emotional, and everyday practices.

The aim of this article and indeed the thematic issue is to emphasize that research on religiosity thrives best in a climate where many different perspectives are available: lived religion is just one of many useful concepts. We hope that we will see further research in which lived experiences of pre-modern religiosity – in all religious traditions – in the North are highlighted. 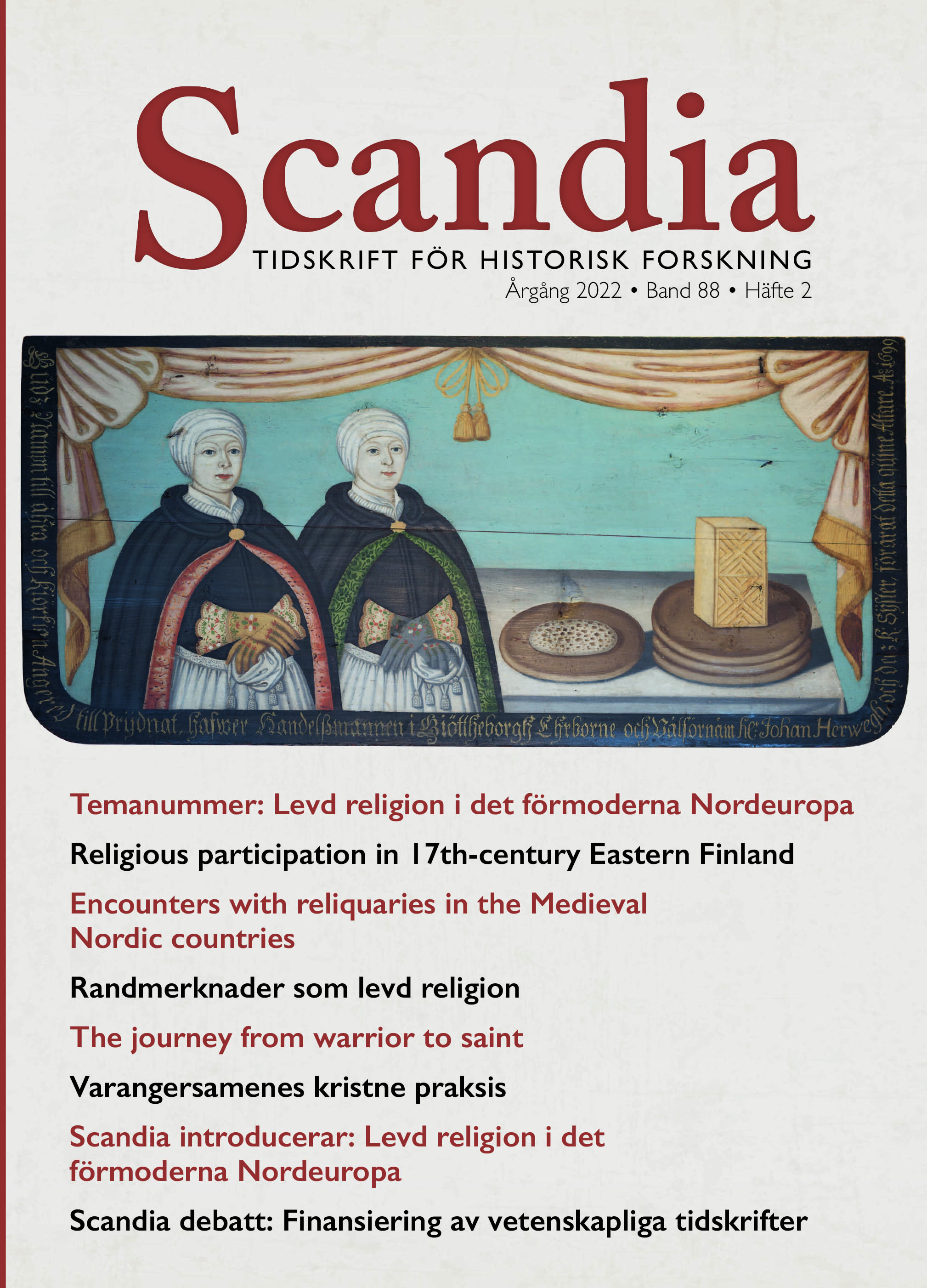