BLOG Let’s make the ‘digital turn’ a ‘narrative turn’! On the gap between two history disciplines and how to bridge it 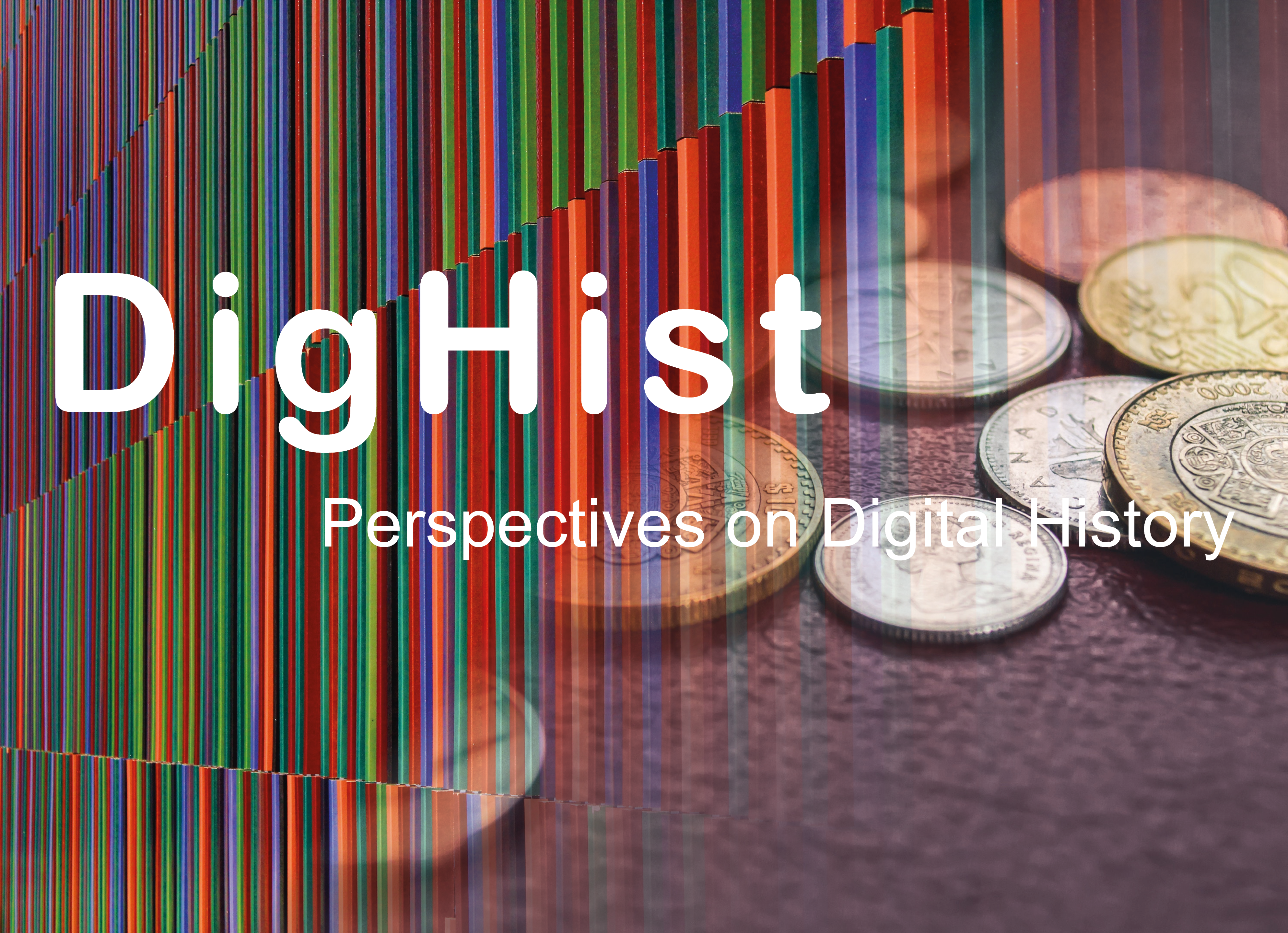 How will digitalization influence historical research in the future? Will it lead to further specialization and compartmentalization, or to more cooperation and communication between disciplines? There are different views on what the future will bring in this regard.[1] Some believe that the digital turn favours quantitatively oriented research,[2] others that the same turn will lead to a convergence of research methods (quantitative and qualitative) and bring about collaboration across disciplines. I believe that general speculations about future trends in research are shaky, as these trends are not only shaped by technology, but also by things such as institutional preconditions and theoretical developments within disciplines. This blog post is therefore devoted to a particular case: the divide between history and economic history that exists in Sweden (and some other countries). My perspective is that of an economic historian who wishes to see more dialogue between the two disciplines.

I find the gulf between mainstream history and economic history disturbing. I believe that both disciplines would benefit from closer connections and more communication (including debates!). Economic historians need historians to remember the importance of source criticism and context. Historians need economic historians to keep in touch with the more rigorous methods for identifying causal relationships that being developed in social sciences and economics. I believe that the connections are especially important in teaching. Without a sense of the zeitgeist, economic historians will scare away students with dry tables and figures. Without one foot in social science, historians may reproduce claims that actually are contested among those who have tried to investigate matters empirically (cf. the importance of coal for the first industrial revolution or slavery for the rise of capitalism). Entering the age of digitalization, I also see good reasons to re-establish the bonds between history and economic history. Without the critical eyes of historians, economic historians may get carried away by wild technological optimism. At the same time, if historians are stuck in technological anxiety, they face the risk of becoming sidestepped as digitalization implies that archival sources become available to scholars from other disciplines.

So, to the question: how will the connections between the two history disciplines be influenced by digitalization? My impression of the current situation is that a few historians have fully embraced the opportunities offered by new technologies, developing an identity as digital historians,[10] but that most mainstream historians are hesitant or critical towards the use of more elaborated digital tools.[11]

Economic historians have generally been early adopters of new research technologies, although few would label themselves as digital historians. This positive attitude towards new research technologies can probably be traced back to the so-called “cliometric revolution” of the 1960s, the application of theories and methods from economics to address historical questions. This trend did not immediately transform Swedish economic history, but has become strong in the past decade or so.[12]

There is a clear trend in economic history, internationally, towards analyzing bigger datasets with econometric, computer-aided methods.[13] A quick look in any of the leading journals in the discipline is enough to further this impression. The use of geographical information systems (GIS) to illustrate and visualize spatial patterns have, for example, flourished in recent years. If many mainstream historians have abandoned the early attempts of “computing history”, this wave is highly vivid among economic historians and will most likely continue in the near future.

When speculating about the future of economic history, Myron Guttmann et al. identify two main trends: (1) increased precision and (2) increased opportunities to link observations between datasets.[14] With bigger datasets, such as full-count census data, it becomes possible to study sub-groups that were previously considered too small to analyse. Until not too long ago, linking observations between datasets was considered impossible or too costly. Nowadays, algorithms can produce probabilistic links between observations that are reasonably reliable and make it possible to follow individuals over time in large populations.[15]

These two trends can be described as “more of the same”, in the sense that they concern types of data and research questions that economics historians have been familiar with for a long time. What is still uncommon among economic historians is to work with non-numerical data in the form of texts and pictures.[16]

At first sight, it seems most likely that the two disciplines will continue to drift further apart. The increased precision and opportunities of linking that Gutmann et a.l write about may attract some, but hardly large crowds of historians. But what about theoretical developments in neighboring disciplines? This is an aspect that Gutmann et al. do not touch upon.

In the case of economic history, inspiration often comes from economists. A major development within economics that is only beginning to be seen in economic history is the rise of behavioural economics. This showdown with neoclassical theory and its assumptions of rational, profit-maximizing individuals is no longer a marginal school of thought within economics. [17] Robert Shiller, one of the leading advocates of the behavioural school received the Nobel Memorial Prize in Economic Sciences in 2013. In his address to the American Economic Association a couple of years ago, he launched a research programme in “narrative economics”.[18]

This concept does not refer to narratives of economic development, which is what many economic historians have produced, but to studies of how narratives spread and influence behaviour. Traditionally, economists and economic historians have studied how households and firms respond to changing economic incentives (such as prices). Shiller reminds us that people’s behaviour is also influenced by ideas and narratives. Shiller sees well-known historical events in a new light with the help of digitized corpuses of newspapers and books and basic tools for text mining. One of these events is the depression of 1920-21, the sharpest fall in production, and prices, in the twentieth century.

A common view in American historiography is that this crisis was caused by poor monetary policy. Shiller suggests other plausible causes. In the years preceding the depression there were plenty of, what Shiller describes as “unsettling narratives”, circulating in newspapers and books, such as stories about the horrors of World War I, the Spanish flu, race riots, and the Russian Revolution. These could, according to Shiller, “have led to a sense of economic uncertainty that might have discouraged discretionary spending”.[19] In brief, people became more hesitant to buy cars, and other non-essential things, and employers became more hesitant to hire people.

Another important narrative at the time concerned the so-called profiteers, individuals that made huge profits on the increasing price of food and necessities during and immediately after World War I.[20] Reports on profiteering, filled with indignation and rage, culminated in the year 1920. Among the reports, Shiller finds a statement by a U.S. senator that “urged consumers to boycott profit hogs by refusing to buy goods offered at extortionate prices”.[21] Maybe the crisis should be seen as a consumer boycott that spread more or less spontaneously with the help of mass media? Applying a basic text mining tool on the ProQuest database of American newspapers does not prove this hypothesis but it does indicate that it is well worth exploring further. For instance, in the years preceding the crisis, the use of the word ‘profiteer’ virtually exploded. It “went viral”, to use a modern expression. In fact, Shiller takes this expression literally, as he uses an old mathematical model of disease epidemics to explain the spread of narratives.

Some years ago, Shiller would have spoken to small crowds. Most economists, and economic historians, regarded the importance of culture, ideas, and stories as wobbly concepts that cannot be measured and seriously included in explanations of economic crises or the wealth and poverty of nations. With the coming of massive corpuses of texts in more recent years, things are about to change. Suddenly, the spread and impact of stories can be counted and captured in figures and maps.

I believe that Shiller and his likeminded colleagues have good points, both theoretical and historical. Economists and economic historians can and should pay more attention to the stories that are being spread through mass media and to how these stories influence behaviour. The ‘digital turn’ can and should became a ‘narrative turn’. In this scenario, which I find appealing, economic historians and historians may have more reasons to communicate. There will be plenty of opportunities for collaboration, as well as areas of confrontation, between historians and economic historians. To begin with, I would like to hear the views of historians on Shiller’s “narrative economics”. You have studied narratives for many years, often with the use of newspapers and similar sources, but with different theoretical and methodological approaches. Do you find Shiller’s paper inspiring, or is it merely another example of how economists are intruding into the domains of other academic disciplines? Can we learn anything new from counting words and expressions? And what do you think about Shiller’s understanding of narratives as disease epidemics?

[2] This is at least what seems to happen when history students are working with digital archives. See Thomas Nygren, ‘Students Writing History Using Traditional and Digital Archives’, Human IT: Journal for Information Technology Studies as a Human Science, 12.3 (2015), pp. 78–116.

[8] It may be that my move from Umeå to Lund University in the early 2000s have served to exaggerate my impression in this regard.

[9] I am not sure whether to describe this as one turn or a couple of distinct turns. In any case, the recent historiographical literature is full of ‘turns’, such as ‘the linguistic’, ‘the cultural’, and ‘the narrative’. For a disscussion with particular relevance to labour history, see Stefan Nyzell, ‘Arbetarkultur i brytningstid: Reflektioner kring kulturhistorien, den nya kulturhistorien och historien bortom den nya kulturhistorien i den svenska arbetarhistoriska forskningen’, Scandia, 73.1 (2007), pp. 79–94. It should also be reminded that quantitative social history remain sstrong in the field of historical demography.

[11] My impression is based on scrolling through the leading historical journals in Swedish (Scandia and Historisk Tidskrift) and the programme of the most recent national meeting for Swedish historians. There are certainly exceptions. See for example Johan Jarlbrink, ‘Telegrafen På Distans: Ett digitalt metodexperiement’, Scandia, 84.1 (2018).

[12] Again, this impression may be reinforced by my re-location to Lund. It may also be an oversimplification to describe the current developments in Swedish economic history as a ‘cliometric turn’. Cliometrics was not only about the use of econometrics but also had an emphasis on neoclassical economic theory. The latter aspect has hardly influenced Swedish economic history. Here, cliometrics came to mean more modern methodological thinking combined with “broader theoretical perspectives” (Krantz, p. 23).

[16] I have so far only seen one example of the use of topic modelling in economic history. Lino Wehrheim, ‘Economic History Goes Digital: Topic Modeling the Journal of Economic History’, Cliometrica, (2018).

[20] In Swedish, the equivalent term to ‘profiteers’ would be gulaschbaroner.