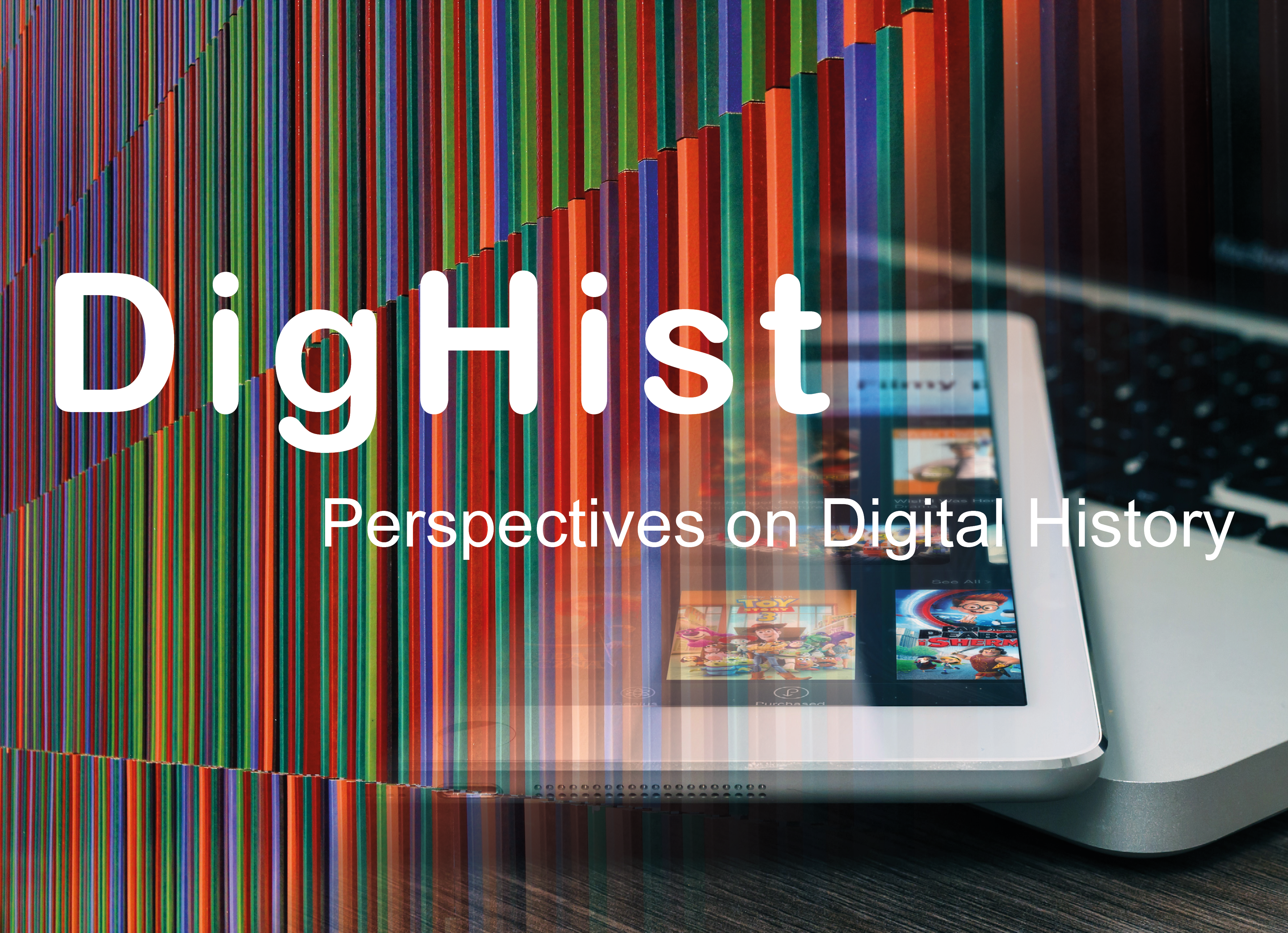 by Kenneth Nyberg, University of Gothenburg

Let me begin this brief reflection by emphasising that I’m not really a ‘digital historian’ in any meaningful sense of that word, and even as a ‘digital humanist’ I would only qualify by the biggest-tent-possible kind of definition.[1] However, for many years I have had a strong interest in the countless questions arising at the intersection of ‘the digital’ on the one hand and academic history in theory and practice on the other. Indeed, during the first half of this decade, I followed the developments and debates in the emerging field of DH – or at least the English-speaking parts of it – quite closely and spent much time thinking about how all of this related to my work as a historian and especially to the role of history in society as a whole.[2] For both personal and professional reasons I have not been able to keep myself as informed about the ongoing conversation during the last few years. However, the interest remains, and in some respects the perspectives of a sympathetic but somewhat removed observer might perhaps be useful to have in a discussion such as this.

From that vantage point, then, my impression is that the state of DH (both in the sense of digital humanities and digital history) in some ways is radically different from five years ago while some things never change(d). Somewhat paradoxically, we (you? they?) are still debating the fundamental questions of what DH is and should be as vigorously as ever, while at the same time there are now many more actual examples out there of digital work being made. This is especially true in a Swedish and Nordic context, where the situation has changed quite noticeably since, say, the publication of Nygren, Foka and Buckland’s overview of Swedish DH in 2014 or Nilsson Hammar’s introduction to digital history in Scandia one year later.[3] It is also notable that some of the new DH projects are run by what we may call ‘traditional’ historians who have seen the potential of new methods and technologies, rather than by self-identified ‘digital humanists’.[4]

That raises (again) the existential question, already being debated five or ten years ago, about whether DH is really a field or a specific strain within the humanities or history – a particular space, if you will – or if it can rather be regarded as a transitional term for the transformation of the entire fields in question – i.e., more of a phase that will fade away as all research becomes ‘digital’. In either case, however, what is ‘the digital’ and what is it not? That is the fundamental issue we were asked to address at the workshop for which this blog post was originally written, and the question being discussed in some of the suggested literature for it.[5]

Some voices in that debate seem to argue that a specific digital ontology does not exist; there is nothing essentially or qualitatively new with ‘the digital’. I am not more deeply familiar with these discussions in the literature, and my own interests do not primarily lie in the philosophical-theoretical intricacies of that problem. Instead, I approach it mainly as a matter of the short- and long-term consequences in practice, in what we do and how we work. Seen in that light, it appears undeniable that ‘the digital’ represents something radically new, at least in terms of the place of history as an academic pursuit in the media landscape and (therefore) in society more broadly speaking. Whether it also constitutes a fundamental break with ‘traditional’ (i.e., non-/pre-digital) historical scholarship is perhaps in some ways more debatable, since that depends on whether you see DH as only a set of new ‘tools’ for answering essentially similar questions, or rather as an entirely new paradigm in terms of data, methods and theory. Since I myself have not really worked in-depth in my own research, and only fleetingly in my teaching, with the types of digital technology most often associated with ‘DH’ I shall focus the rest of this essay on that other dimension: the place of the (digital) historian in the new (digital) world that is emerging.

Here, too, my impression – again based on somewhat irregular contact with DH debates in recent years – is that the situation today is quite different from a few years ago. In 2010 or 2012 there was much discussion about the democratising possibilities of digital humanities, both in terms of mobilising the public in research itself through crowdsourcing and in blurring the lines between research and scholarly communication by the active use of blogs and (other) social media.[6] This was considered to be a natural evolution of other, previous forms of public history and outreach such as open lectures, writing articles for the public in newspapers and magazines or publishing ‘popularised’ monographs based on academic research. Indeed, in those early debates about who was a digital humanist and who was not, the more liberal interpretation was that even if you worked in ‘traditional’ research you might qualify as a DH:er, even if you were only active in social media, live-tweeting conferences or maintaining an academic blog.

While many might still adhere to this viewpoint in principle (including myself to some degree), the more general conversation regarding – and therefore the de facto societal role of – social media has however shifted considerably over the last few years. It is of course difficult to know how permanent these shifts are, but steadily rising concerns over privacy, hate speech, political and commercial manipulation, etc. has led to an increasingly dim view of the possibilities of social media as a conduit for positive societal development. Add to this the fact that there is growing fragmentation in the social media space and an ongoing move away from text-based to visual and especially video-based platforms like YouTube, and it seems ever more difficult to predict what the best way forward is for communicating research or to involve the general public in scholarly work.

To what an extent does this have to do with the ontology of ‘the digital’? We may perhaps debate whether these developments are intrinsically linked to the digital as such or should rather be seen as more specific, surface-level media shifts. Nonetheless, even in the latter case, it is all happening in a context where these specific, digital platforms to a large extent have either replaced or substantially changed the role of pre-digital forms of (mass) media that for a long time have been part of the foundation of modern society in general and democratic institutions in particular. While in some respects the largest social media platforms (especially Facebook and YouTube) have now morphed into performing the same function as what we would traditionally call ‘media companies’, in many ways the logic, the incentive structures and actual practices are very different. In that sense and probably others, there is certainly a (new) ontology of ‘the digital’.

Since academia has traditionally depended – for its credibility and its very raison-d’être – on a quite specific set of relationships to the traditional media landscape that is now fading away, this will almost certainly have far-reaching implications for all humanists, not least historians. What those implications are I do not know, but it seems clear to me that this is one of the most interesting, not to mention urgent, questions for us as academics to address in both internal discussions and research over the coming years.

[2] One of the main results of this interest was my collaboration with Jessica Parland-von Essen and others on the web-based handbook Historia i en digital värld, http://digihist.se, where especially chapters 1, 3 and 8 (accessed 25 January 2019) discuss questions about how the role of historians will be – and have been – affected in a broader sense by the new digital (media) landscape.

[5] This is mainly a reference to the series of online essays introduced in Hannah Knox and Antonia Walford, “Digital Ontology,” Theorizing the Contemporary, Cultural Anthropology, 24 March 2016, https://culanth.org/fieldsights/820-digital-ontology (accessed 25 January 2019).