(Electro)shocking news: Decreasing trend of power line collisions and electrocutions for larger Swedish birds, but still a significant cause of death

Thord Fransson and colleagues from the Swedish Bird Ringing Centre have analyzed Swedish ringing recoveries from the past three decades, looking at deaths caused by power line collision or electrocution. This is mainly a problem for large birds like owls and raptors (like the young Peregrine Falcon photographed by David Wetherall), and over the time period studied, no less than 921 ringed birds were reported with either of these causes of death. 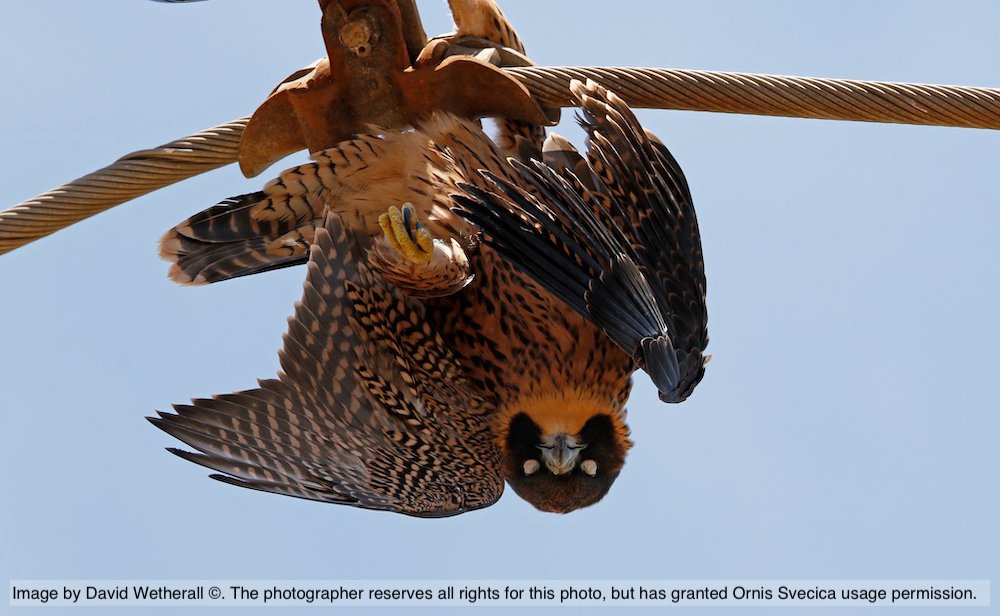 Luckily, the process of replacing aerial power lines with underground ones has a measurable effect, and as a consequence the rate of death by collision has decreased markedly. The rate of death by electrocution has also decreased, but not as much, which implies that those aerial power lines that remain still pose a risk to large birds. These can be electrocuted if they simultaneously come in contact either with two lines with electric current or with one line with current and one grounded object.

As always, the research paper is freely available as Open Access, and includes a comprehensive summary in the alternative language (Swedish), which can be found in the PDF file. You can find the paper on our site os.birdlife.se, or via its Digital Object Identifier (DOI) 10.34080/os.v29.19731.

If you haven't done so yet, please register as a reader of Ornis Svecica on our site os.birdlife.se. You may also like or follow us on Facebook and Twitter, where we are found as @OrnisSvecica.