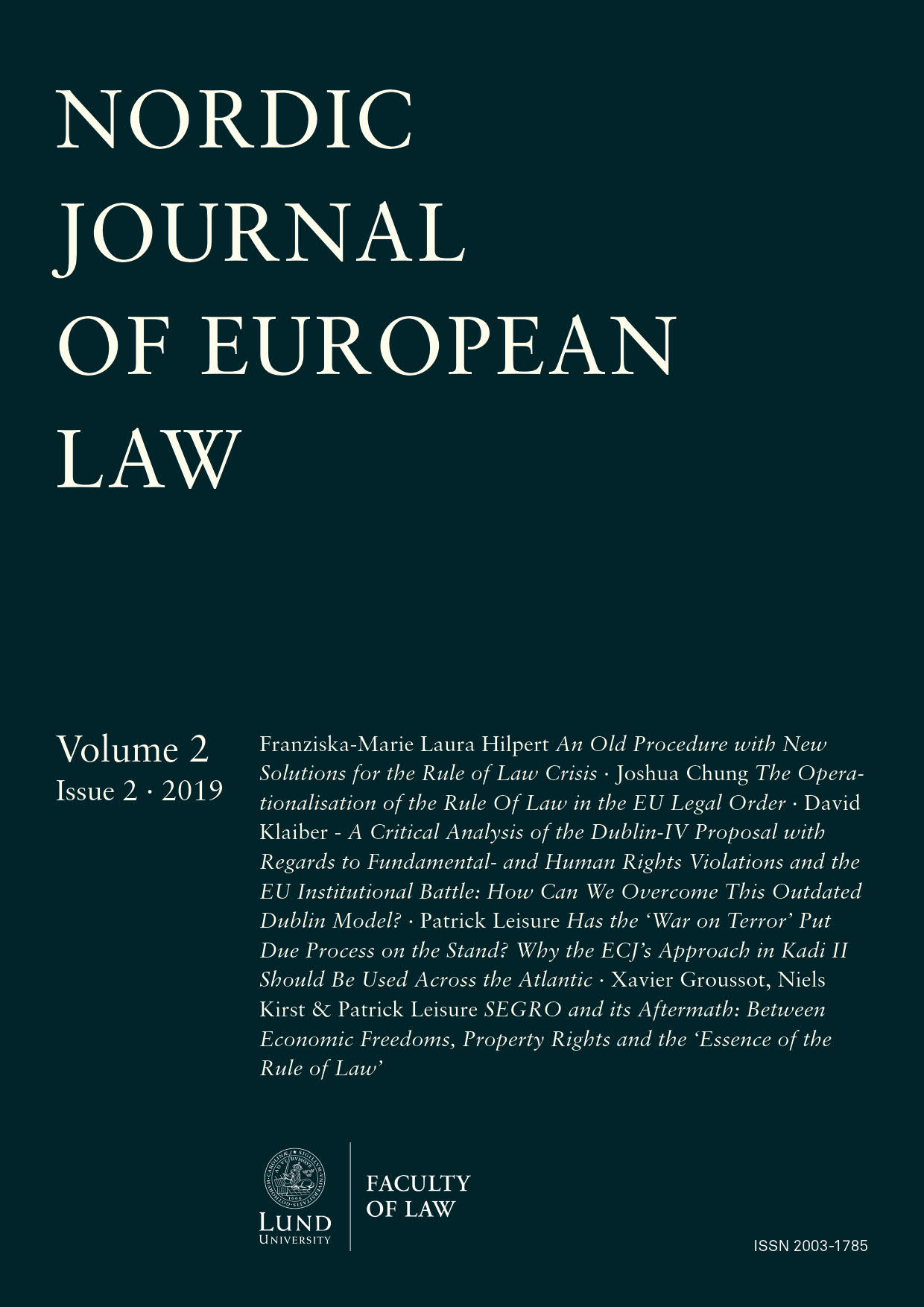 Franziska-Marie Laura Hilpert, 'An Old Procedure with new Solutions for the Rule of Law Crisis' (2019) 2(2) NJEL 1.

While commentators for the past years, have highlighted that there is no effective enforcement mechanism after accession for the values of the European Union which are enshrined in Article 2 TEU, the Juncker Commission has announced in 2017 that it will be ‘bigger and more ambitious on big things, and smaller and more modest on small things’ thus applying a more strategic approach to enforcement in terms of handling infringements. This Article thus analyses two cases brought by the Juncker Commission after 2017 and on their bases seeks to show that the infringement procedure, when applied strategically, is and remains an effective enforcement mechanism even for the values enshrined in Article 2 TEU in the ‘rule of law crisis’. Thus, by way of analysis of the case C-619/18 Commission v Poland and its comparison with similar cases which have not been as effective, it is shown how the infringement procedure can prevent the enforcement of the most controversial provisions regarding the judiciary in Hungary and Poland and ensure the separation of powers, which is essential for the rule of law. Moreover, by comparison of the Commission’s request and the decision of the Court of Justice of the European Union in C-235/17 Commission v Hungary it is shown how the Charter could become a significant legal instrument in the Commissions infringement policy towards Member States that are undermining fundamental rights and the rule of law. This Article thereby aims to contribute to the discussion on how to effectively enforce the values of the EU enshrined in Article 2 TEU through an existing enforcement mechanism.