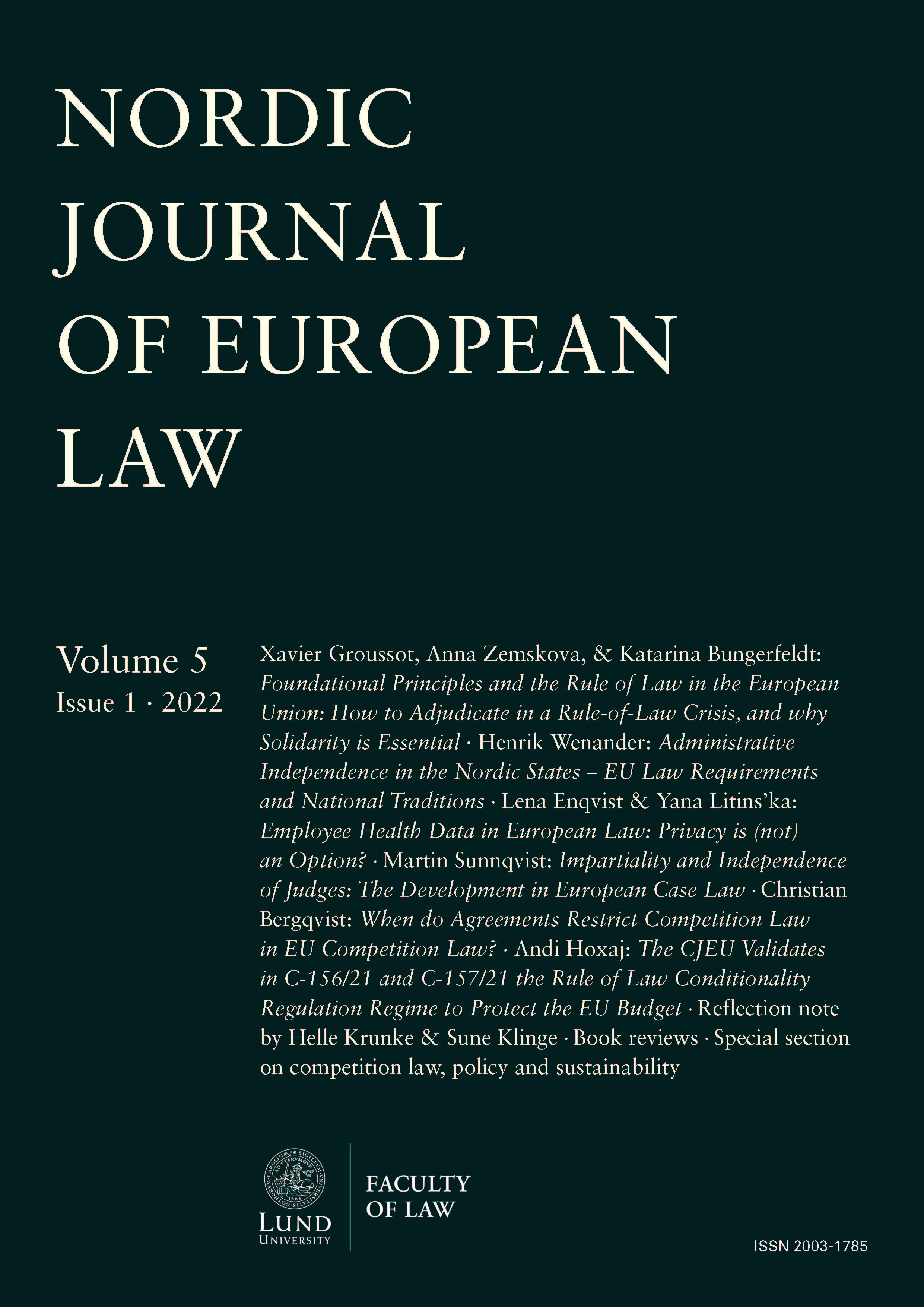 EU law increasingly requires that the Member States establish independent administrative bodies in various fields. Examples include market supervision, non-discrimination, and data protection. This article addresses the realisation of such requirements in the five Nordic states. The West Nordic systems of Denmark, Iceland, and Norway feature a traditional hierarchic organisation of the administrative authorities under the relevant ministries, albeit with examples of independent administrative bodies. Contrastingly, the East Nordic systems of Finland and Sweden have a long-standing constitutional tradition of organising the entire state administration with a considerable degree of independence from the governmental level. The study of the constitutional frameworks and traditions contributes to understanding the impact of EU law requirements on independence in different national systems. The relatively uncritical reception of requirements on administrative independence in the Nordic states may be explained by both the practical orientation of Nordic legal thinking and the long-standing existence of arrangements of independent authorities in the legal systems. This attitude is contrasted with the sceptical views on administrative independence in continental Europe, especially Germany, as exemplified by Case C-518/07 Commission v Germany (on independent national data protection authorities). Also the Nordic experiences, however, highlight the tension between the ideals of total independence and the needs for the authorities to be linked to, and funded by, the public sector. The legal comparison may help to understand the impact of EU law and reveal the various ‘Europeanisations’ of general administrative law, given the national preconditions.