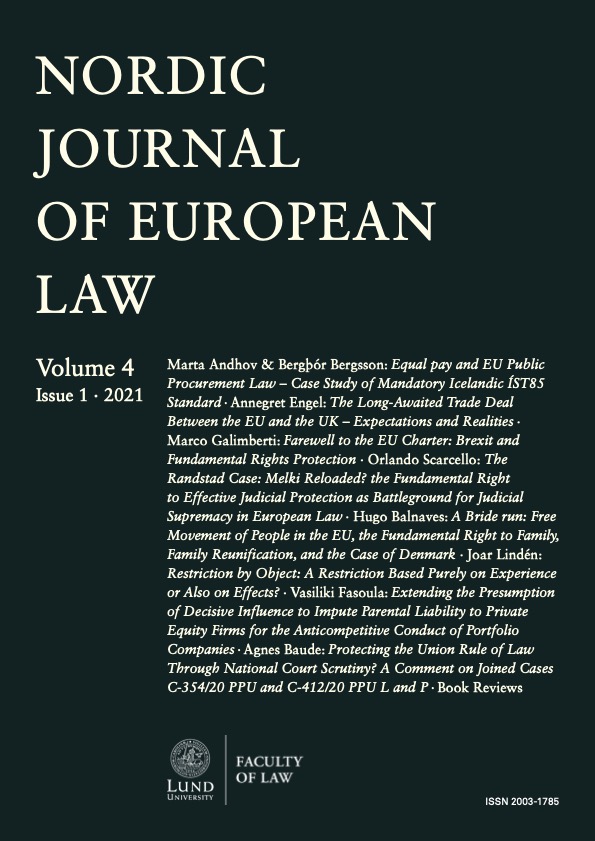 This contribution is a comment on the ECJ’s judgment of 20th December 2020 in L and P, which is a follow-up on the Court’s earlier ruling in LM – Minister for Justice and Equality (Deficiencies in the system of justice). It covers the key findings of the Advocate General’s Opinion, the judgment of the Court of Justice and the following implications for the national courts within the Judicial cooperation in criminal matters. The analysis investigates the case-law from a constitutional as well as a national perspective, with its main focus on pivotal considerations for the national courts within the execution of a European Arrest Warrant issued by a Rule of Law-backsliding country. The theoretical horizontal dialogue established by the Court is scrutinised in an attempt to concretise the diverse steps of the national examination of the judiciary in the issuing Member State.