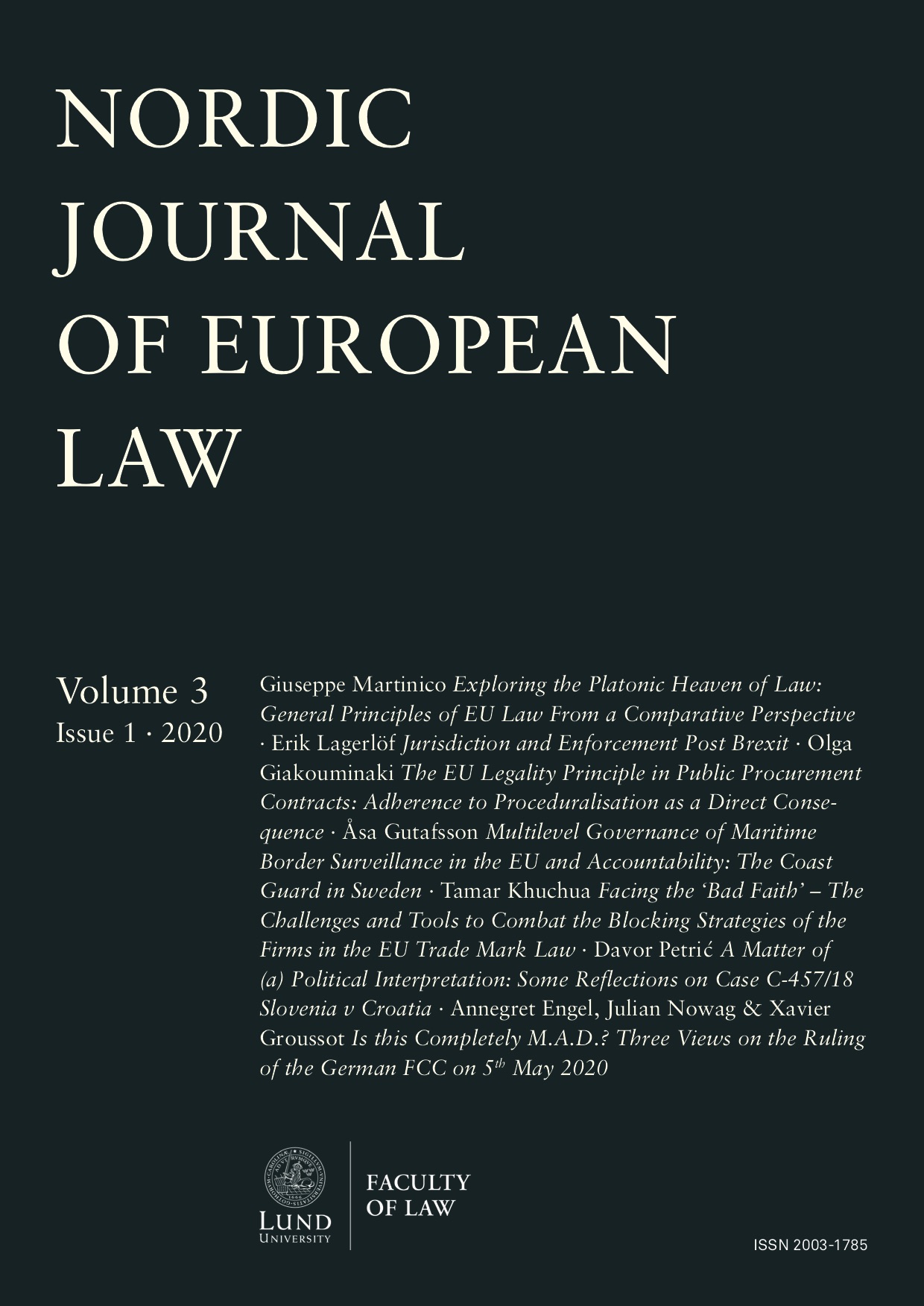 The article strives to examine the accountability of the Swedish Coast Guard in the field of maritime border surveillance. Border management, including border surveillance, lies close to states’ core interests, such as sovereignty and security, and are inherently sensitive to human rights violations. This has affected the developments of the regulatory framework at the EU level in different ways. The question is posed how EU law, and the instruments that are directly applicable in the member states, impact on the accountability of the Swedish Coast Guard in the field of maritime border surveillance. The member state in focus is Sweden and in that sense it deals with maritime border surveillance in the Baltic Sea region, and not the Mediterranean Sea region, which has often been the debated issue due to the migration pressure in that region. However, it is of interest to examine also an actor in a Nordic EU member state, taking into account inter alia the vast fragmentation regarding authorities with responsibilities in border management in the EU. Also the multilevel system of rules as well as of actors – Frontex and the member states’ authorities – makes it relevant to make such an investigation. Whether multi-level regulation promotes or undermines accountability is to some extent dependent on which concept of accountability one holds. When applying a concept of individual accountability, the existence of a range of accountability avenues regarding the Coast Guard’s activities transpires as quite satisfactory. However, if more actors would be involved in the Coast Guard’s maritime border surveillance activities based on the existing multilevel system of actors and rules, this would negatively impact the possibilities to hold the different actors accountable, for instance since different ‘accountability rules’ apply to different actors.