There has been an intensified interest during the second half of the 20th century in topics and problems concerning church art and ecclesiastical architecture. Quite different from ancient cult the room, space limited by walls, is fundamental to Christian liturgy. During the reign of emperor Constantine, early 4th century, the standard model of church building and church interior developed— a model which is still relevant despite numer­ous variations.

The first discussions about appropriate church types and church art took place in Sweden in the 19th century. The perspective was mainly historical; i.e., which aesthetic tradition was to be followed, e.g. the classic or the medieval one. Furthermore, it was stated that art and cult are closely related. The architect Helgo Zettervall, for instance, head of Overintendents-ämbetet (The Office for Public Building), practised decidedly neo-Gothic principles. Around 1900, such opinions and practises seemed outdated. For a long time, until after the middle of the 20th century, the churches and interiors of the previous century were almost totally neglected by art historians, who generally favoured modernist views.

The first art historian to rediscover the values of 19th century church buildings was Göran Lindahl, who in 1955 published his Högkyrkligt, lågkyrkligt, frikyrkligt I svensk arkitektur 1800-1950 (High Church, Low Church, Free Church in Swedish Architecture, 1800-1950). He was followed by other scholars, who discussed aspects of 19th century church architecture. However, church art dating from the same time was mostly unconsidered.

After World war II, there was a deep and renewed interest in liturgical aspects of contemporary church architecture, in Sweden perhaps first noticeable in Axel Rappe’s thesis Domus ecclesiae - studier i nutida kyrkoarkitektur (1962) (Domus Ecclesiae—Studies in Contemporary Church Architecture). The liturgical and theological principles were after him propagated by the influential Lars Ridderstedt, head of the Bureau of Smaller Church Buildings, who from time to time co-operated with important Swedish architects, e.g. Peter Celsing and Sigurd Lewerentz. Their exclusive aesthetic principles and church building practices differed from those of Swedish modernism in general, which was characterized by human equality and well-being. This can be read in Ridderstedt’s doctoral thesis Adversus populum (1998).

World war II and the destruction of monuments in Europe caused a new interest in the art of glass painting, which also in Sweden resulted in modernist glass-paintings in the 1950’s and 1960’s. The most extensive project of this kind was Bo Beskow’s adorning of the windows in Skara cathedral, documented by Ann-Marie Sälde (1988). 20th century pictorial representations and interpretations of Christ were analysed by Elisabeth Stengård in her thesis Såsom en människa (1986) (As a Human Being); her main theory being a difference between sacral art and religious, subjective art, the latter being more innovative and thus of higher artistic value.

Icon painting and icon paintings became a main interest favoured within church art from about 1970. The distinct sacred motifs, the non-individualistic aesthetic character of the icons, and the oecumenic aspects made these representations occur in almost every late 20th century church and occasionally even in the older ones.

One problem, which has been obvious in 20th century art, is the difference and distance between avant-garde art on the one hand, and public art including church art on the other. During the last two decades of the 20th century, however, there was a tendency among artists to enter churches and to exhibit objects and installations within the church walls, thereby making use of the qualities of sacred space.

There are at least three attitudes towards churches and church art. The first one is about preserving. Church buildings, pictures, decorations, and objects are vital parts of the cultural, national, and artistic heritage. The second attitude is the ambition for a continuous renewal and a sensitivity for contemporary art and culture. The third one is about provocation as an inherent aim of art. Both art and church may sometimes need to speak in a louder voice, to be more offensive, but it is important to be able to discern and avoid blasphemy. Linked to the tendency of provocation, there are two negative attitudes regarding churches; one holding that there are no sacred spheres anywhere, the other saying that sacred spaces can bear anything.

However, care and understanding has dominated the attitudes of the members of the Church of Sweden vis-a-vis older as well as newer church buildings. According to recent investigations this attitudes will prevail well into the 21th century. 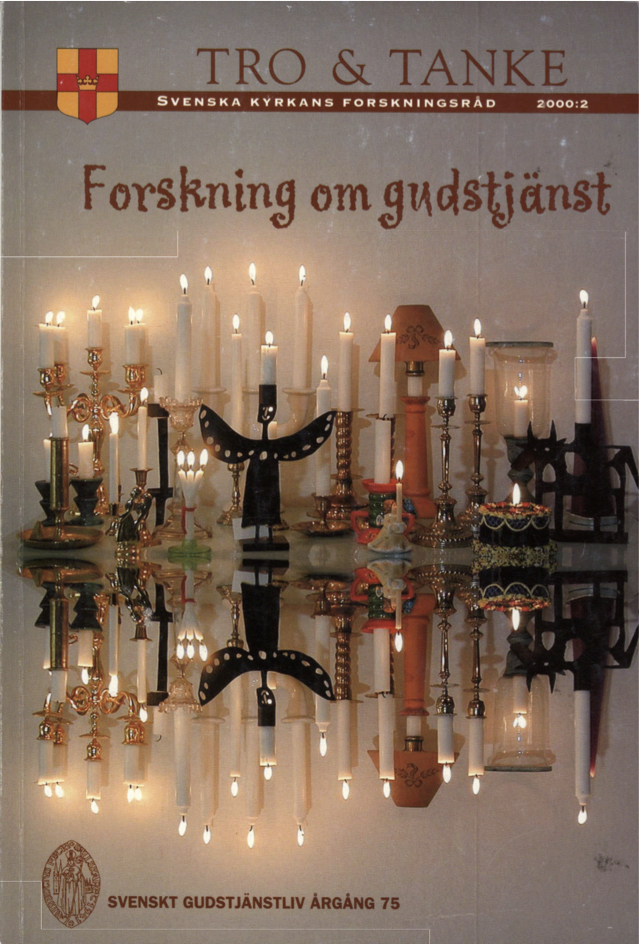