This essay is written by a church minister who describes his experiences of what is sung in the Church of Sweden during christenings, weddings and funerals. The author bases his discussion on empirical data from the records of hymns sung at the services at which he himself officiated. The data spans the years 1991-2005.

An important factor influencing the choice of hymns and their function in the worship service is the minister’s discussion with those who are most involved in the service. Based on many such discussions, this minister has found that tradition, context and theology are the deciding factors.

Christening services are strongly influenced by tradition. However, newer children’s hymns have recently become more popular, especially when relatives have been to children’s functions at the church. Context and theology go hand in hand. For example hymn no. 831: »Med vår glädje över livets under» can both express a clear Lutheran or generally Christian baptismal theology while placing the singer in a context of wonder, awe and insight into how everything is greater than we could ever imagine.

The author considers hymns to be of less importance in wedding services than at christenings and funerals. In weddings, instrumental music and especially vocal solos are often chosen according to tradition. For summer weddings, the well-known summer hymns are often sung - they are a natural part of summer events. A very popular hymn is no. 289 by Anders Frostenson: »Guds kärlek är som gräset». This can be explained - contextually - by the fact that many young people come into contact with this hymn during their confirmation studies and - theologically - because the hymn has love as its primary theme in the first two verses. A newer hymn which is becoming more and more popular at weddings, and which has a clear theological message, is hymn no. 411 »Gud har omsorg om vårt släkte».

For funerals, the choice of hymns plays a very important role. The discussion of which hymns to use is therefore a very important part of the planning that goes on before the service. Many different factors can influence the choice of hymns here: tradition - people have sung certain hymns at previous funerals in the family, context - the hymn can express the grief, longing and hope of those attending, theologically - the deceased may have a favorite hymn which expresses that person’s own faith or what their life was like.

The author distinguishes between four different types of hymns used at funerals: hymns about death, transformation and hope; hymns about security and peace with God; hymns about the richness and gravity of life; and hymns that reflect a season or time of the church year. 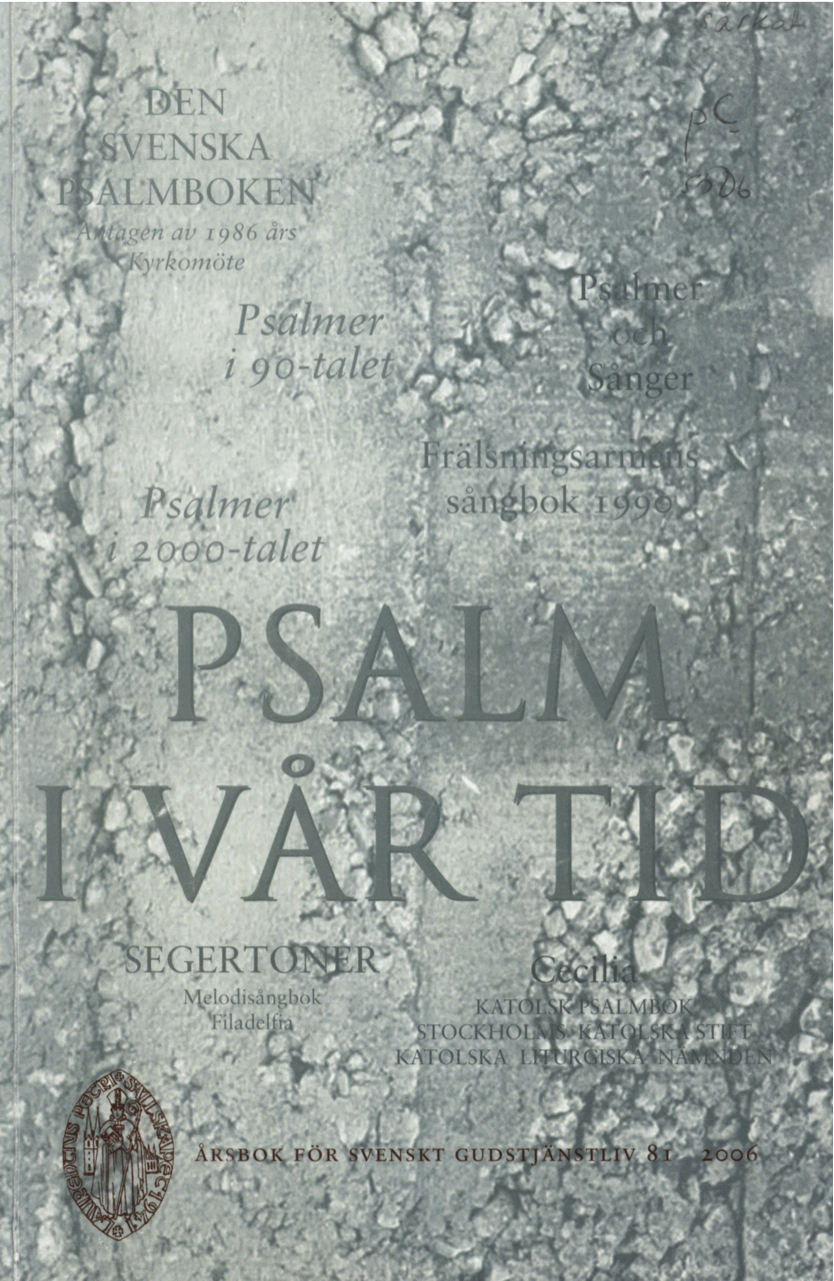