My task in this article was to clarify the conception of God in the 2012 proposal for a new “kyrkohandbok”. The method used was first to analyse individual parts of the order for the divine service, then to choose specific categories relevant for the interpretation of worship: the Creed, the presence of God, Biblical conceptions, contextual conceptions and theological aspects. In my reflexion I have tried to complexify the texts, and with the help of categories from outside the texts I have also tried to infer subdued or suppressed issues.

The material yielded some recognisable characteristic elements. One fundamental observation is that the texts speak of God in a simplified way, as “God”, without attributes. Spoken of in this way, God is primarily seen as the Creator. The often used formulation that God “gives life to human beings” is not unambiguous in light of the confession of the Trinity as Father, Son and Holy Spirit. It remains open whether “giving life” should be understood as a creating, a saving or a sanctifying act of God.

It is obvious that contextual aspects have been fostered in the proposal. For worshippers to experience a feeling of inclusion is an important goal. Marginalized groups are embraced while concepts of power and might become problematic. Further, there is a wish to talk about God ”beyond gender”. For these reasons God is rarely addressed as “Father”, which leads to a rather non-personal conception of God. When this is combined with an emphasis on the human being and social responsibility, the image of God as an acting God is suppressed. The idea that God acts here and now, in worship and in the lives of individuals, is rooted in the Bible and theology. But the Bible’s dramatic and dynamic conception of God is problematic, because metaphors and anthropomorphic images easily reduce “God”. On the other hand, metaphors are inevitable, since God cannot be described adequately. A way of describing God that I find to be characteristic of the proposal can sometimes also be problematic: To talk about the presence of God, which one would expect to be presupposed in worship, can have a distancing effect.

From a theological point of view the main emphasis has shifted when the proposal is compared with previous tradition, specifically the “kyrkohandbok” of 1986. However, it must be noted that it is impossible to know which conception of God will in fact be conveyed in a particular worship situation, because there are many alternatives for the minister to choose among in the worship agenda. I hope that my brief survey can stimulate further discussion about conceptions of God in this and other worship books. 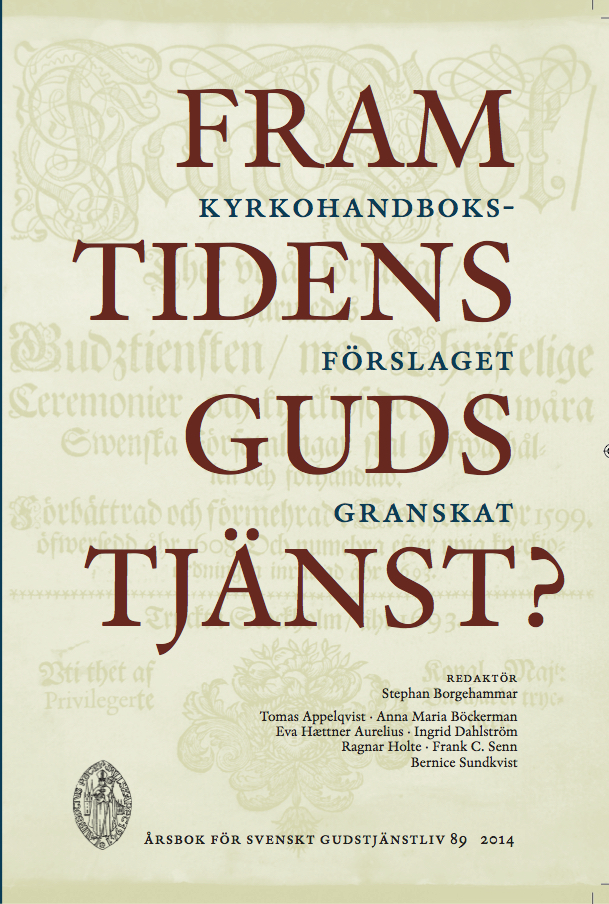