The view of children, of their ability to make music and, above all, of the importance of mastering song in children’s lives has changed over time. How this has influenced activities with singing children in the Church of Sweden is the subject of this article.

Until the beginning of the nineteenth century, only boys could take part in choral singing. From 1842, when all children got the legal right to attend school, boys and girls started singing together, and the church needed their song. The children usually sang at Sunday school, but some congregations chose to form choirs, koralkörer, with both boys and girls, whose task was to reinforce the singing of the congregation during the services. The subject Church Song, kyrkosång, in the school curriculum meant that the aims of school and church as regards repertoire converged. In effect, hymns were sung both at school and in church. Even after the subject Song got its own curriculum in 1919, close contacts between school and church were maintained. The teacher in the primary school, folkskolläraren, could supplement his/her education to become also a church musician (kantor), and could then provide both employers with school children able to sing in church.

During the 1930s there was a growing interest in starting children’s choirs specifically for the needs of the congregations, and no longer just in order to reinforce congregational singing. “Descant choirs” started to get their own repertoire, created for use in the worship service. In 1935 a collection of songs for equal voices was published, De ungas hymnarium, as a direct response to this need. The composers were Swedish church musicians as well as composers from all over Europe, representing centuries-old traditions. The descant choir became an instrument for artistic church music in addition to adult church choirs. Nevertheless, it was only in the 1950s that children’s choirs became more prevalent. Their chief promoter was The Church of Sweden Choral Association, Sveriges Kyrkosångsförbund, founded in 1925. In 1949 the central council of this association recommended the congregations to form children’s choirs. With the establishment of settled terms of employment for church musicians in 1950 – 1950 års kyrkomusikerstadga – the implementation of this recommendation in close collaboration with the school was facilitated.

Choral singing with children today, in 2013, is in the congregations of the Church of Sweden often part of a wider concept of music-making than previously, a concept strongly influenced by the approach to children in today’s society. The aim of practical and artistic subjects in today’s schooling is no longer, as it was at the beginning of the twentieth century, based on the concept of “bringing up”. Making music is today seen as something more: a socializing, creative activity already very early in life. Children taking part in the activities offered by the local congregation not only sing in a choir. Their music-making starts already when they are infants and continues in their early pre-school years with singing, moving, dancing and playing rhythmical instruments. Consequently, the question of how children could be a part of music-making in church services requires a more thorough analysis than merely considering the order of the service. How can church musicians, pedagogues, clergymen and the congregation take advantage of the creative mastery of the child as such?

Ragnhild Strauman, a Norwegian church musician, emphasizes that working with children’s choirs is about having good experiences in the church building, being seen by others, sharing artistic ways of expression and affecting people through singing. Working with children’s singing and music-making must be allowed to be part of a process where even the forms of worship will be influenced. It is a question of the approach to children and their power, and the role of the congregation in the future. 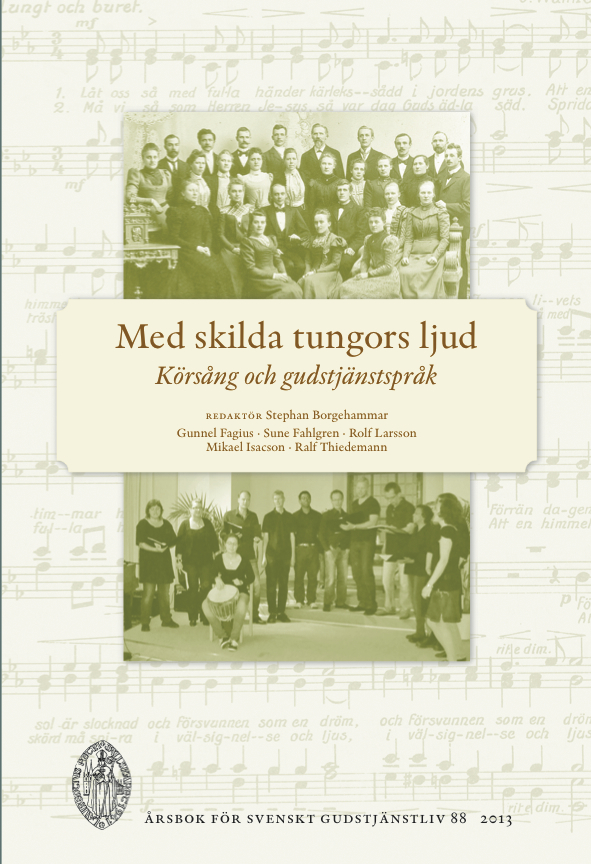