The Synagogue and the Holy

The word synagogue stems from the Greek synagogé which means go together, i.e. congregation or a house for the congregation. A synagogue is the outer shape around a truly democratic institution, where the leading role is played not by a powerful priesthood but by laymen who come to participate in religious services, to hear the words of the Torah and seek edification in the Holy Scriptures. With the Torah is meant the Pentateuch.

The synagogue can, however, never be a Temple, only a reflection of it, a memory and a reminder, and therefore its character is symbolic. It is not holy in itself, its holiness being of an immaterial character, in the same way as the Sabbath is holy but not the space where it is celebrated. On the other hand the synagogue stands above the humdrum of ordinary life, and demands a dignified behaviour of the visitors according to certain rules. It can be inaugurated, and usually the Torah Rolls – the Pentateuch hand- written on parchment and rolled on to two Torah-staves – are carried in to the synagogue in a solemn procession, after which the eternal flame is ignited. As a symbol of God’s presence, it hangs above the Torah cupboard, where the rolls are kept. There is, however, no special service connected to the inauguration, and also no analogue to the consecration crosses in medieval Christian churches.

What is most holy in the synagogue are the Torah Rolls in the Torah cupboard, also called the Aron-Ha-Kodesh. They are often decorated with silver shields and crowns. Second to them in holiness, depending on the use, are certain texts and liturgical items. The rolls are not allowed to be put on the ground or on the floor, and one is not allowed to turn ones back on them as long as they can be seen. The most important moment in the service is when the rolls are taken out of the cupboard and when the reading-aloud from them is done from the bima, an elevated platform in the synagogue.

The Torah cupboard is always placed on one of the shorter walls facing Jerusalem. In the orthodox synagogues the bima is usually in the middle of the room. The women’s place is on a gallery or behind a curtain. When the Jewish reform-movement grew strong in the 19th century as a result of the successive rising of the Jews to a respected position in society, one of the tasks became to even the differences between the Jewish sermon and the Christian, something which affected the disposition of the synagogue. The Bima, together with other liturgical functions and objects, was moved closer to the Torah cupboard. As a consequence of the bigger importance put on the sermon in the service, a pulpit was introduced. The native language became more common besides Hebrew. Organ-music was introduced, although not without protests. The women were given a more important role in the service.

The dominating movements in modern Western Judaism are the Orthodox, Reform Judaism and the Conservative: the latter one being somewhere in the middle between the Orthodox and Reform Judaism. The two large synagogues in Gothenburg and Stockholm, built in the 19th century, were constructed and decorated according to the ideals of the reform-movement. Although it is the conservative movement that today influences the life of the congregation most, they fulfil their functions very well. The equivalence between the sexes is almost total, but the organ music in the Stockholm synagogue may soon cease. 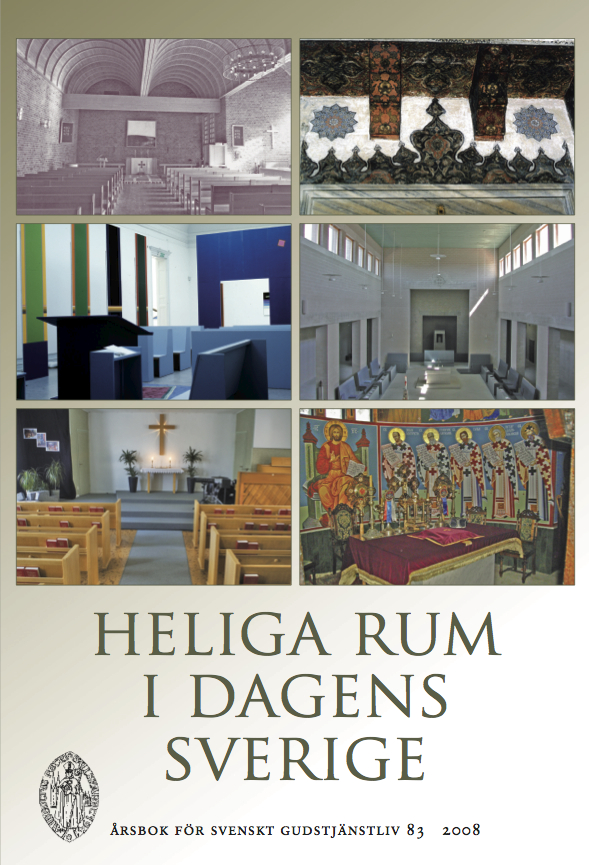