Religion and Human Being in the World of Sound. Contemporary Trajectories towards a Theological Aesthetics of Music

Christian theology and philosophical reflection on music are historically two intertwined activities, most obviously so in medieval cosmological theories but also in the transformations of faith and linguistic rationalities that occurred in Reformation and Romantic thought. In contemporary postmodern landscapes theologians of wide varieties are venturing into new intellectual dialogues to explore the vital aesthetic dimension of religion and theology. Hence the last decades has seen a radical surge in theological attention to the aesthetics of music, a promising situation for those who seek intellectual tools to investigate relationships between music and religion, both in general terms and more specifically as regards the ministry of music in Christian communities. This article seeks to stimulate Scandinavian discussions about theological interpretations of music by way of introducing and analysing present-day contributions from Anglophone and German scholarship.

The British theologian Jeremy Begbie is a prominent figure in the theology of, and through, the arts. He has recurrently argued for music’s irreducible role in human existence and its potential to intensify a distinctively theological understanding of the world. Methodologically this implies a move beyond specifically Christian forms of music towards a general, or philosophically inclined, description of the cultural activities of making and hearing music. His book Theology, Music and Time gives specific attention to music’s multifaceted and unique capacities of configuring the experience of time and argues that music can contribute to the theology of time. Hence the study of music is akin to traditional forms of natural theology and is employed as a “resounding witness” in creation theology, soteriology, eschatology and ecclesiology. However, the article directs attention to unresolved tensions between the wish to address the specific contributions of music and Begbie’s theology of revelation, which rather narrowly subsumes music under the categories of inner-theological terminology.

The German practical theologian Harald Schroeter-Wittke takes an opposing stance in his attempt to investigate music as a kind of “laymen’s theology”. He gives specific attention to the way composers have gone beyond the confines of institutional theology and interpreted religion from a radically encultured situation in the world. A study of the Credo in Mass settings from Desprez to contemporary pop culture reflects and discusses the changing cultural conditions of a Christian confession. Schroeter-Wittke argues that modern secular Masses contribute to a cultural presence of Christianity where individuals can interact with religion without confessing a public adherence.

The third part of the article presents hermeneutic approaches to the intimate link between religious and musical experience. A couple of significant German anthologies, hermeneutical issues in John Butt’s Bach research and the phenomenological approach of Férdia Stone-Davis are here read collectively. In different ways they all point to the specific nature of human interaction with music and how music reveals the world in unique ways, thus shaping experiences that connect with modern understandings of religious transcendence. In a secular framework the autonomy of music is more evident than any presupposed truth of theology and a theological aesthetics of music must therefore acknowledge its status as one of many possible interpretational frameworks.

Among the conclusions of the article is the statement that theological interpretations of music should be grounded on an aesthetically well-founded interpretation of the music itself. Any inclinations towards lofty “theologizing” should be evaluated in light of their ability to shed light upon specific examples of music. The notoriously multifaceted experience of music simultaneously points towards a hermeneutical stance that defies any attempts at a conclusive theological meaning of music. However, a flexible hermeneutics of meaningfulness opens for further considerations about how specific practices of music help to mould Christian understandings of the world. 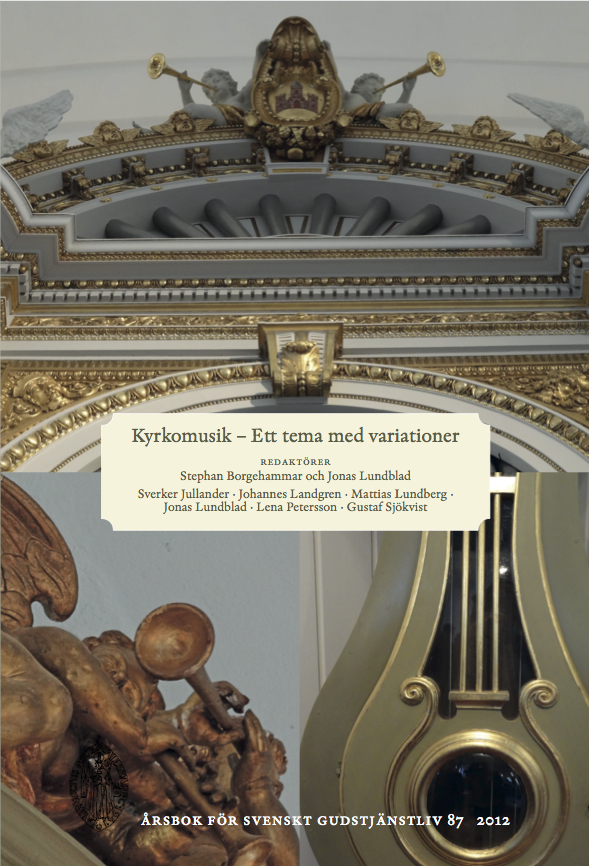