This article studies the little offices of the Blessed Virgin and of the Holy Spirit in nine books of hours from 15th- and 16th-century Sweden and Denmark. Among these, four are printed books, two in Latin, one in Danish, and one in Swedish. One of the main purposes of the present study is to assess and analyse possible differences in liturgical uses between these printed books. Five manuscripts are included in the study – one in Danish, four in Latin – in order to provide a wider context for the printed books. Furthermore, the comparison between these Scandinavian sources is discussed in the light of the Marian office proper for the Bridgettine Order (the so-called Cantus sororum), as well as in relation to the Marian little office of some major religious orders and the Roman (Tridentine) little office. A theoretical section of the study stresses the importance of treating the genre of little offices according to its own internal logic, which is somewhat different from that of the divine office proper.

The study shows that no clear distinction between different diocesan liturgies can be observed in the Swedish material, although some such distinctions between the Danish and the Swedish books can be
made. The overall impression is one of unity on the level of liturgical use (usus), especially when compared to the Roman little office and orders of the offices of the religious Orders, none of which seem to have had any major influence on the Swedish and Danish office. However, all of the primary sources – printed and handwritten alike – exhibit a considerable degree of variation on other levels, in such a way that it seems evident that they have been edited more or less independently. It is further argued that a Swedish little office of the Blessed Virgin, similar to the one found in the later sources, is likely to have existed prior to the compilation of the Bridgettine liturgy, contrary to what has been argued in some studies in previous scholarship. 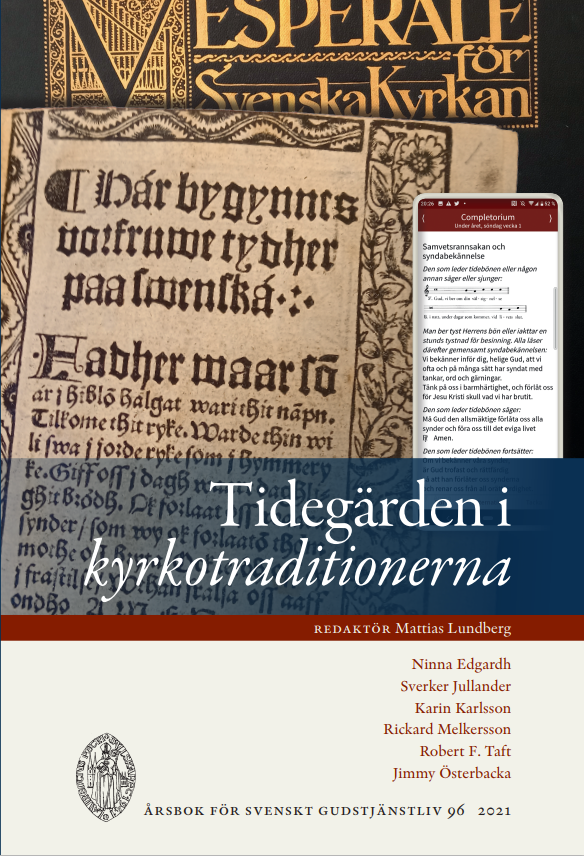