The authorship of the hymn ”Den blomstertid nu kommer” has for the last three hundred years been attributed to Israel Kolmodin. He was the superintendent of the Diocese of Visby from 1692 until his death in 1709. The earliest references that refer to Kolmodin as the author are dated 1729, some 35 years after the first known publication in 1694. For many generations of school children this hymn has held a special place, being associated with positive memories of when it was sung at the end of term celebrations just before the summer holidays, which has made it greatly loved even to this day.

However, in recent years questions have been asked as to whether Israel Kolmodin really was the author. In a review of the attributions to authors in the Swedish hymnal of 1986, a question mark was put after Kolmodins name, which was retained in the following edition from 2002. The questioning of Kolmodin as author is due to a critical study by Allan Arvastson published in 1971, where he argued that there was no evidence that could bind the hymn to Kolmodin.

In this article the hymn is compared to another document connected to Kolmodin and printed at the same time, which could shed new light on the question of authorship. This document is a recently found Certificate of Ordination that Kolmodin probably wrote in his capacity as ordinator and that was handed over at an ordination in Visby Cathedral in 1694. That is the same year in which the hymn was first published. A complicating factor in doing this comparison is that the hymn is a poetic text written in Swedish whereas the Certificate of Ordination is a text in prose, written in Latin. To be able to say something about a possible resemblance between these two documents and similar points of interest, attention is directed towards theological thought, individual words and terms, symbolic language and structure.

The Certificate of Ordination starts by describing the Church, Christ’s Vineyard, with a creational theological theme, where God is presented as the Vineyard’s vigilant custodian, who with the rays of the sun and the rain that waters the pastures provides the conditions for spiritual life. In a similar way the hymn’s first three verses are about what creation offers humanity through Gods continuing provisions. In both texts there is praise for God’s gifts as well as thanksgiving.

The hymn’s fifth verse is leavened by imagery from the Song of Solomon, which means that this verse stands out as one of the closest contacts with the Song of Solomon in the Swedish Hymnal of 1695. In the Certificate of Ordination, too, one finds a possible allusion to this book in the Bible. As regards the presentation of the Church as the Vineyard that God keeps in his own care, He is Himself the always vigilant custodian, in comparison to Solomon, “who let the vineyard unto keepers” (8:11). In other Certificates of Ordination no such allusions to words from the Song of Solomon about God’s own vineyard have been found. Another possible allusion, however, occurs at the end of the Certificate of Ordination, which talks about “carrying the crown”. This could have some connection to Solomon’s coronation (Song of Songs 3:11).

At the end of the Certificate of Ordination the newly ordained is promised a living. He can go out on his commission knowing that he will receive all he needs for his subsistence. It can also allude to what God will give him both bodily and spiritually. In a corresponding way the hymn ends with a prayer to God to bless all the things that grow on the ground and give rain, so that they can become food. Finally, the hymn mentions the Word, who with delightful sweetness feeds the people of the earth – a dual perspective once again.

The comparative reading of “Den blomstertid nu kommer” and the Certificate of Ordination, both from 1694, shows that there are enough points of contact between the two texts to give credence to the idea that Kolmodin was the author of both. 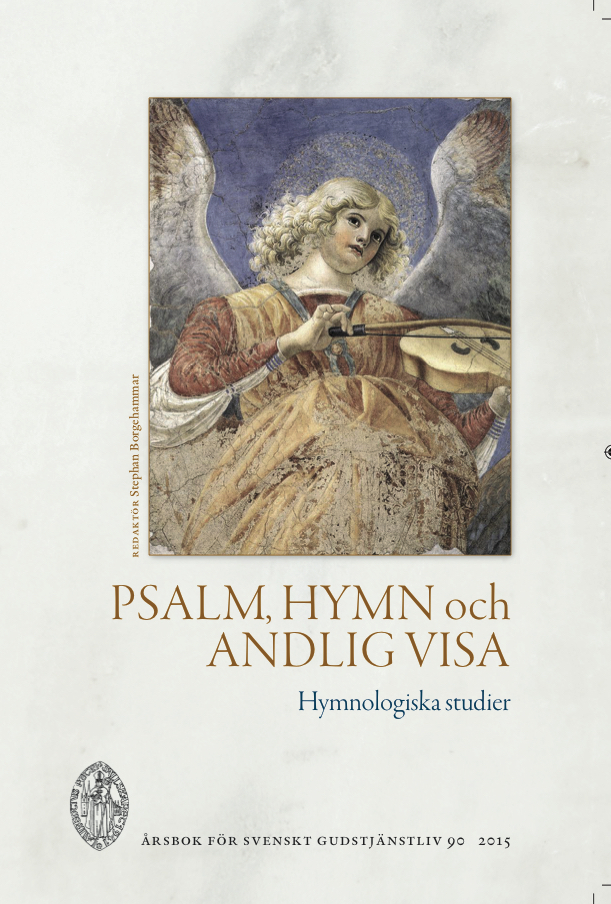