The History of Akvavit, Nordic Spiced Alcohol Spiced alcohol, akvavit, has its origins in the age-old tradition of preparing medicines. Non-spiced, as well as spiced, alcohol was introduced to the Nordic countries by Roman Catholic monks in the late fourteenth century. It was used solely for medicinal purposes until about 1480 with the establishment of the production of gunpowder, in which a1cohol was utilized as a solvent. The terms which describe the production of specied alcohol, as well as the word akvavit itself, may be traced to this period. Evidence of a high level of alcohol consumption among Scandinavians is not found in the literature until the midseventeenth century. This may be explained by the shift which took place in the raw materials used in the stills from grapes and wine to barley or rye. This change made it possible for common people to brew and distil at home. The custom of using akvavit as an appetizer and/or table drink may be traced back to mid-seventeenth century royalty and nobility. It became more common among the middle-class two generations later, but was still less frequently found among farmers and workers. Recipes, descriptions and recommendations concerning akvavit were aimed at the upper class until 1930. The ban on home distillation in Scandinavia, the development of the temperance movement, and competition among industrial producers of akvavit led to a successive change in drinking habits. Manufactures advertised with spectacular brand names, fancy labels, and sometimes offered good quality. All common akvavit brands have their origins in the period from 1850 to the end of the century. Owners of railway hotels and first class restaurants of ten offered the smorgasbord with free akvavit, which was popular among the growing middle class. Non-spiced, neat alcohol was cheaper and long remained the preference of the workers and farmers, a fact reflected in the sales statistics from this period. Translation: Marie Clark Nelson 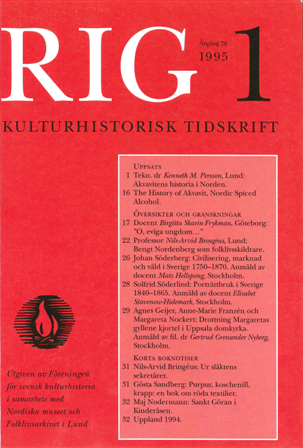