Discourse Theory and Ethnology Discourse is a controversial concept in the presentday ethnological debate. The critical voices seem to dominate these discussions. This article has as its purpose to elucidate the philosophical and theoretical foundation of the discourse perspective, this in relation to the dominant ethnological perspective, above all anchored in phenomenology. The essay has its departure in a discourse analytical graduate thesis by Fredrik Hertzberg. “Grassroots-bureaucracy and normative Swedishness. How civil servants at Employment offices understand a segregated labor market” is suitable as a point of departure for a principal discussion because its theoretical objective is to combine discourse analysis with phenomenological analysis. Initially the thesis is presented briefly. Under the heading “Discourse theory and phenomenology” demonstrates then the paradigmatic incompatibility of the two perspectives, because they are built on different epistemological and ontological premises. Any theoretical combinations therefore demand advanced “work of translation”. In the following section I discuss the implications of a discourse analytical approach for ethnological practice. The researcher is always positioned by discourses, precisely the same as the object of study. He or she does not, in this case, represent “superior knowledge”, rather they are talking and writing from another discursive position. Discursive articulations are, in accordance with Ernesto Laclau and Chantal Mouffe, at all times political actions, which also apply for the researcher. This leaves room for a discussion of the concept of culture in relation to a discourse perspective, in particular the possibility to, through the earlier mentioned “work of translation”, create a logically consistent theoretical place for the concept of culture within the frame of discourse theory. Finally some methodological consequences of a discourse approach are discussed. In this case is emphasized the importance of an awareness of which discourses the researcher activates when issues are worked out and the investigation is accomplished. In “Conclusion” prominence is given to the de-centered view of man and the anti-essentialism in the discourse perspective, as great merits for ethnology of today, strongly characterized by constructionist viewpoints. 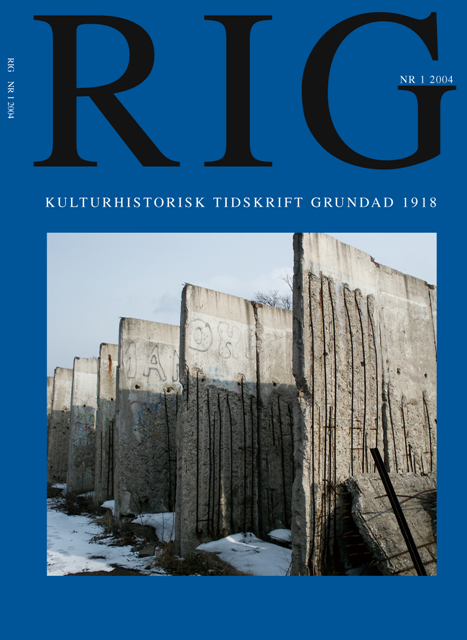