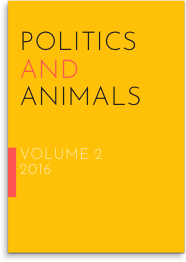 Neo-Republicanism as a Route to Animal Non-Domination

In this article, we reinterpret the current political turn in animal rights theory in terms of republican as opposed to liberal political theory. By appealing to the values of liberty and fraternity as well as equality, we argue for a conception of animal liberation from human domination and not from humanity per se. This establishes a basis of liberty and fraternity in our cooperative relationships with animals in a "zoopolis," or interspecies political community. We contend that such a basis for interspecies political cooperation is not available on the more traditional model of animal liberation, where rights are derived from weak equality of the species.