The standard view of the I celandic saga literature includes a division of the family sagas in two main groups, classical and post-classical, reflected in e.g. the Íslenzk fornrit edition and in the most influential scholarly works. The post-classical sagas (like Harðar saga, Þorskfirðinga saga, B árðar saga, Kjalnesinga saga etc.) are treated as a separate, nongenuine group. They are described as later and inferior to classical ones, but also different regarding character, style and thematics. I n particular they are ascribed a non-realistic tendency and a focus on supernatural/fantastic motifs. I n my article I examine one aspect of the concept of “post-classical” family sagas: the dating of them to the time after 1300, and the general idea of separating the two alleged groups regarding time of composition. Traditionally
the family sagas have largely been dated on the basis of their “classical”/”post-classical” character. I f we use more objective basic criteria, like mention of a saga in a clearly dated work, it turns out that there is good reason to date several of the “post-classical” sagas to the “classical” 13th century. This does not necessarily mean that the saga literature as a whole have to be re-dated, but it does mean that a lot of the characteristics of the “postclassical” sagas were well established in saga literature long before 1300 and cannot be used as dating criteria. 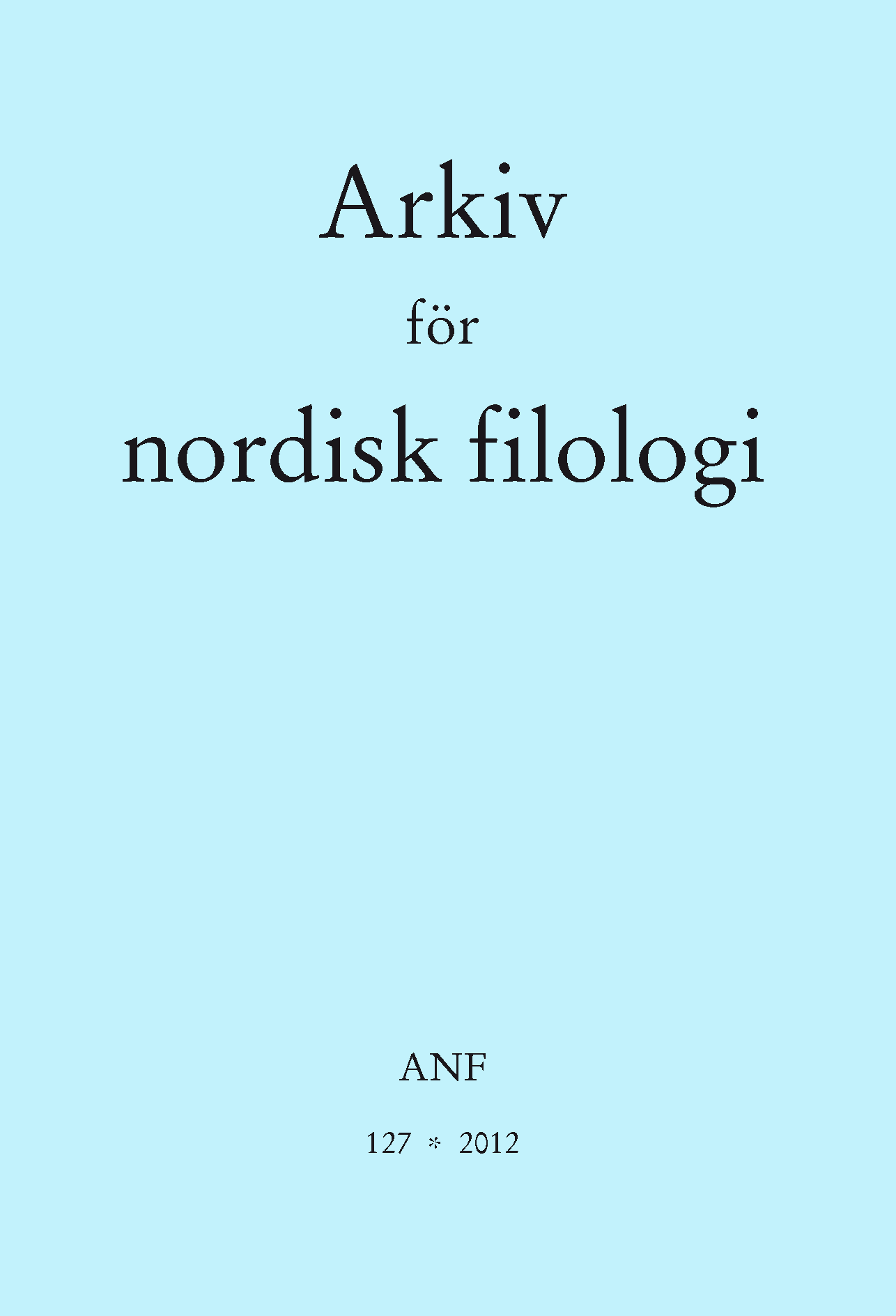